The U.S. Navy's Military Sealift Command has a number of ships staged around the world in anticipation of need, as set out in Prepositioning:

Prepositioning ships provide quick and efficient movement of military gear between operating areas without reliance on other nations' transportation networks. These ships give U.S. regional combatant commanders the assurance that they will have what they need to quickly respond in a crisis - anywhere, anytime. During a contingency, troops are flown into a theater of operations to rapidly employ the cargo from these ships.

Many of MSC's prepositioning ships are able to discharge liquid, containerized or motorized cargo both pier side or while anchored offshore by using floating hoses and shallow-draft watercraft, called lighterage, that are carried aboard. This allows cargo to be ferried to shore in areas where ports are non-existent or in poor condition and gives the nation's military forces the ability to operate in both developed and undeveloped areas of the world.

Prepositioning ships include a combination of U.S. government-owned ships, chartered U.S. - flagged ships and ships activated from the Maritime Administration's Ready Reserve Force. All prepositioning ships are operated by U.S. civilian mariners who work for ship operating companies under contract to the federal government.

While most active ships in MSC's Prepositioning Program strategically place combat gear at sea, there are other ships, including:

MPF ships are organized into two Maritime Prepositioning Ship (MPS) squadrons, each comprising four to six MPF ships as well as additional prepositioning ships dedicated to other military services. Each MPS squadron carries sufficient equipment and supplies to sustain more than 16,000 Marine Expeditionary Brigade and Navy personnel for up to 30 days.

LMSRs are ideal for the rapid loading and off-loading of Army wheeled and tracked vehicles, as well as other outsized Army equipment. A series of internal and external ramps makes this possible, and shipboard cranes allow cargo to be lifted without relying on local port infrastructure. In addition to LMSRs, APS-3 ships include two container ships that store ammunition at sea for the Army.

Navy, Defense Logistics Agency and Air Force ships (NDAF) are the most diverse subset of MSC's prepositioning program. These ships operate around the world in support of the Department of Defense services and agencies. 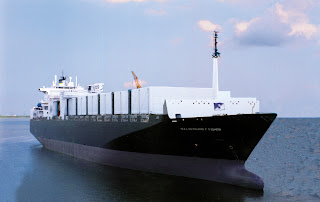 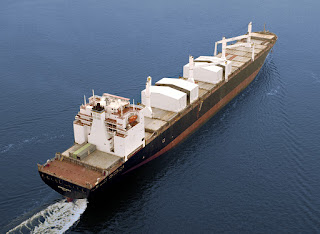 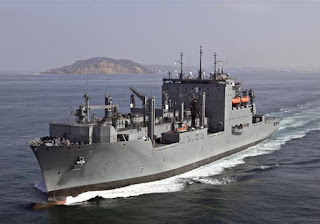 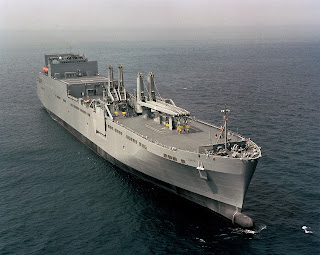 Combines the enhanced prepositioning capabilities with modifications to provide a multi-mission vessel to the unified commander. 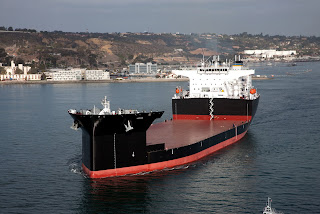 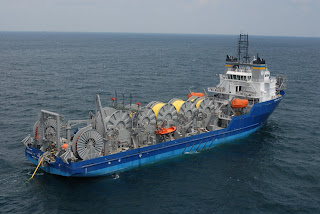 Transfers fuel from a tanker to depots ashore from up to eight miles off the coast.