Please join us at 5pm EST on 6 November 2016 for Midrats Episode 567: Goldwater–Nichols; Problems and Solutions 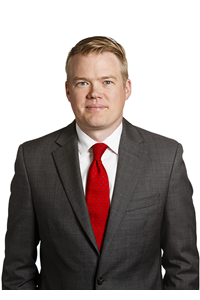 The systems that trains, mans, and equips our military - and provides guidance and support to their civilian masters is broadly shaped by Goldwater-Nichols Act of 1986. There is much discussion that in the middle of the second decade of the 21st Century, is there a better system to serve our national security requirements than one designed at the height of the 20th Century's Cold War?

Using his article in War on the Rocks, Don't Rush to "Fix" Goldwater-Nichols as a starting point, our guest for the full hour to discuss this and other related issues will be Justin Johnson of The Heritage Foundation.

Johnson received a master’s degree from the Naval War College with a particular focus on terrorism and the maritime domain. He is also a member of the 2013-2014 Future Leaders Program at the Foreign Policy Initiative, the 2011-12 class of Next Generation National Security Leaders at the Center for a New American Security (CNAS) and the 2012 class of the Heritage Foundation’s Marshall Fellows.

Originally from St. Louis, Missouri, Johnson grew up in Iowa before moving to Eastern Europe. After living in Germany, Belarus and the Czech Republic, Johnson attended Covenant College in Lookout Mountain, Georgia where he studied philosophy and art.

Join us live if you can, or if you forgot the time change, you can pick the show up later by clicking here or from our iTunes page or our Stitcher page.
Posted by Mark Tempest at 11/05/2016 09:28:00 AM