From Foreign Affairs: Ely Ratner and "How to Stop China in the South China Sea" 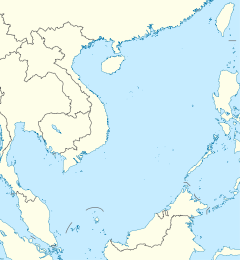 Time is running out to stop China’s advance. With current U.S. policy faltering, the Trump administration needs to take a firmer line. It should supplement diplomacy with deterrence by warning China that if the aggression continues, the United States will abandon its neutrality and help countries in the region defend their claims. Washington should make clear that it can live with an uneasy stalemate in Asia—but not with Chinese hegemony.
***
Then, in early 2014, China’s efforts to assert authority over the South China Sea went from a trot to a gallop. Chinese ships began massive dredging projects to reclaim land around seven reefs that China already controlled in the Spratly Islands, an archipelago in the sea’s southern half. In an 18-month period, China reclaimed nearly 3,000 acres of land. (By contrast, over the preceding several decades, Malaysia, the Philippines, Taiwan, and Vietnam had reclaimed a combined total of less than 150 acres.) Despite assurances by Chinese President Xi Jinping in September 2015 that China had “no intention to militarize” the South China Sea, it has been rapidly transforming its artificial islands into advanced military bases, replete with airfields, runways, ports, and antiaircraft and antimissile systems. In short order, China has laid the foundation for control of the South China Sea.
***
President Barack Obama said in a joint press conference with Xi, “The United States welcomes the rise of a China that is peaceful, stable, prosperous, and a responsible player in global affairs.” Yet Washington never made clear what it would do if Beijing failed to live up to that standard—as it often has in recent years. The United States’ desire to avoid conflict meant that nearly every time China acted assertively or defied international law in the South China Sea, Washington instinctively took steps to reduce tensions, thereby allowing China to make incremental gains.
***
U.S. policymakers should recognize that China’s behavior in the sea is based on its perception of how the United States will respond. The lack of U.S. resistance has led Beijing to conclude that the United States will not compromise its relationship with China over the South China Sea. As a result, the biggest threat to the United States today in Asia is Chinese hegemony, not great-power war. U.S. regional leadership is much more likely to go out with a whimper than with a bang.
***
Consider Beijing’s reaction to the landmark decision handed down in July 2016 by an international tribunal constituted under the UN Convention on the Law of the Sea, which ruled that most of China’s claims in the South China Sea were illegal under international law. The United States and other countries called on China to abide by the decision but took no steps to enforce it. So China simply shrugged it off and continued to militarize the islands and police the waters around them. Although the United States has continued to make significant shows of force in the region through military exercises and patrols, it has never made clear to China what these are meant to signal. U.S. officials have often considered them “demonstrations of resolve.” But they never explained what, exactly, the United States was resolved to do. With that question unanswered, the Chinese leadership has had little reason to reverse course.
***
In order to alter China’s incentives, the United States should issue a clear warning: that if China continues to construct artificial islands or stations powerful military assets, such as long-range missiles or combat aircraft, on those it has already built, the United States will fundamentally change its policy toward the South China Sea. Shedding its position of neutrality, Washington would stop calling for restraint and instead increase its efforts to help the region’s countries defend themselves against Chinese coercion.
***
And in the event that China failed to back down from its revisionist path, the United States could live with a more militarized South China Sea, as long as the balance of power did not tilt excessively in China’s favor. This is why China would find a U.S. threat to ratchet up military support for other countries with claims in the sea credible. Ensuring that countries in the region can contribute to deterring Chinese aggression would provide more stability than relying solely on Chinese goodwill or the U.S. military to keep the peace.
***

Clarity of purpose is essential in dealing with the South China Sea. The alternative is for the very patient Chinese to present the region with its hememony as a fait accompli.