As the Islamic State Caliphate's territory in Syria is shrinking to just a few isolated pockets, rebel force opposing Assad lose more an more ground, and Kurdish led forces solidify lines, another chapter in the Syrian civil war is about to begin. 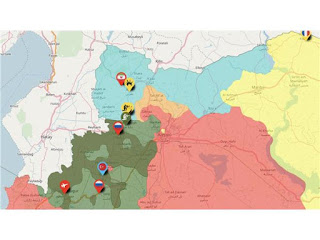 Time will tell, but the Turkish move in to Afrin may have been the opening.

What is Turkey trying to accomplish, and how does this complicate the interest of the Kurds and their American, French and other partners, Russians, Iranians, and the Syrians supporting Assad?

For the full hour our guest to examine this question and related issues will be Michael Goodyear.

Michael is a law student at the University of Michigan Law School and holds degrees in History and Near Eastern Languages and Civilizations from the University of Chicago. His research focuses on the history, culture, and politics of the Balkans and the northern Middle East.

As a starting point for our conversation, we will reference his recent article in Small Wars Journal, Paradigm Shift in Syria After Afrin.