Please join us at 5pm(EST) on 17 November 2019 for Midrats Episode 515: Building a Thinking Force: the Navy’s CLO, John Kroger


A byproduct of the April 2018 memo from Undersecretary of the Navy Thomas Modly, 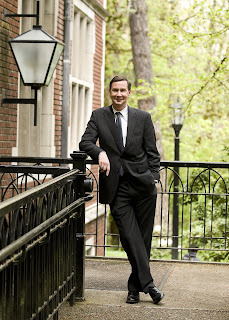 the newly created position of CLO is described as, “A senior civilian with educational leadership experience headquartered in the Pentagon, with a small supporting staff transferred from extant Navy and Marine education management billets, responsible to the President, Naval University for all matters related to education in policy, budgets, promotion board precepts. Congressional interaction, future requirements, and assessments.”

The Navy's first Chief Learning Officer (CLO) John Kroger will join us for the full hour to describe his mandate, the path ahead, and the opportunities and challenges of building a position from scratch.

John served as an enlisted Marine between 1983 and 1986. He earned bachelor’s and master’s degrees from Yale University and a law degree from Harvard University. After college, he spent a significant part of his career in the public sector, as a U.S. Department of Justice prosecutor and Attorney General of Oregon from 2009 to 2012.

Kroger’s academic experience includes working as a visiting professor at Harvard Law School and Leader in Residence at Harvard’s John F. Kennedy School of Government. For the past six years, Kroger was president of Reed College, a small liberal arts college in Portland, Ore.

If you can't catch the show live and you use Apple Podcasts, you can pick up the episode and others and add Midrats to your podcast list simply by clicking the button at the main show page - or you can just click here. Or on Spreaker. The show also is reportedly on Spotify.
Posted by Mark Tempest at 11/15/2019 04:38:00 PM