West Africa Pirates and Kidnappers- March Ends With A Bang 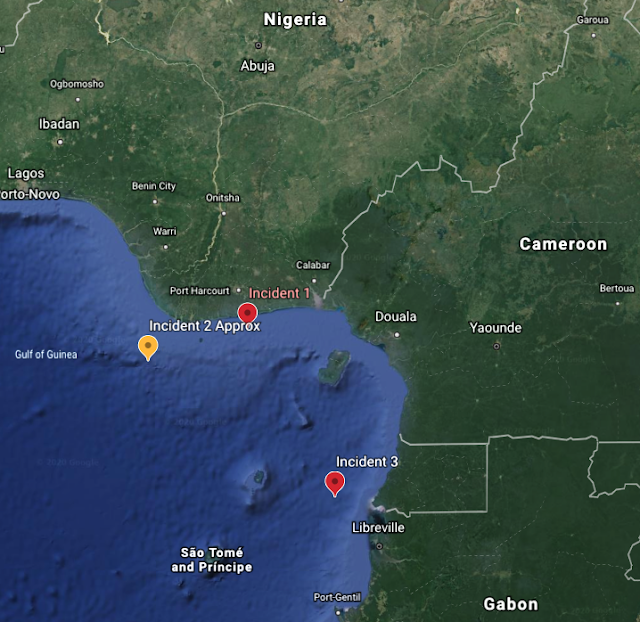 
27.03.2020: 1700 UTC: Posn: 02:45.6N – 006:54.9E, Around 97nm South of Bonny Island, Nigeria.
About ten pirates armed with AK-47 in a skiff doing 21 knots, chased and fired upon a container ship underway. Master raised the alarm, activated distress alert, increased speed and took evasive manoeuvres, resulting in the pirates aborting the attempted attack and moving away. The crew and ship are safe.

Report says it occurred about 97 miles south of Bonny Island


22.03.2020: 0557 UTC: Posn: 00:33.21N – 008:25.21E, Around 62nm WNW of Libreville, Gabon.
Pirates boarded a container ship underway. Most crew managed to retreat into the citadel. Regional Authorities notified and assistance was dispatched to the ship. When the crew emerged from the citadel seven crew were reported missing.