How Not to Win Debates: Censor people you disagree with

Okay, I get it, Facebook has rules for what it allows on its site.

When you have rules, you have to apply them fairly or people will notice.

So, when the Special Operations Speaks guys put up the image below on their Facebook site and Facebook took down twice, later admitting it was wrong to do so because the image does not violate Facebook rules, well, it looks like some sensitive soul at Facebook had just decided to have a fine old censorship party.

If Facebook doesn't want to allow people to be critical of, say, President Obama, they need to add that to their rules. Because, otherwise, it just looks like they can't handle opposing views. 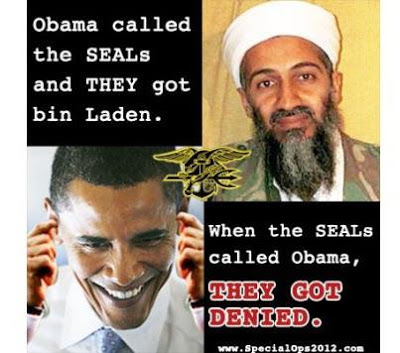 Whether SOS is right or not, yanking the image kinda stifles discussion, doesn't it?

And it sure looks like the thing in Libya is something that needs to be discussed.

In any event, good for Facebook fixing the mess they created.

As for the employee who yanked the SOS image - well, it looks like a lot more people are going to see it now that you made it into a controversy. So, congratulations, you really screwed the pooch.