This Sunday on Midrats: Episode 152: "Navy Next, Interrupted"

Elections have consequences. There are paths not taken, and paths that remain.

In the last election, national security was very much kept in the background, but once you peeled away a layer or two and looked carefully, there was a lot of "there there" - and a lot of it involved what to do with the direction of the US Navy.

The erstwhile nautical corner of Team Romney had a direction they wanted to take the Navy.

What was that direction? What informed it, and what were the guiding requirements that shaped their concepts?

For the full hour we will have a Midrats regular, Bryan McGrath on to discuss this and more. 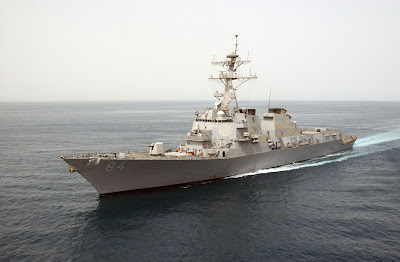 Bryan McGrath is a retired Surface Warfare Officer. He commanded USS BULKELEY (DDG 84) from 2004-2006, and finished his career by leading the team that wrote the nation's current maritime strategy.

He retired in 2008 and is currently a Washington DC based defense consultant at Delex Systems. From August 2011 to November 2012, he served on the Mitt Romney for President Defense Policy Working Group.