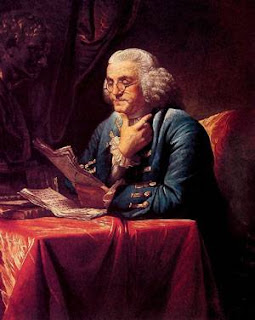 Al Qaeda does PR inside our OODA loop,from The Long War Journal: Zawahiri says raids on diplomatic facilities were 'defeats' for US.


. . . conflict between organized criminal groups has resulted in the beheading of 1,303 people in five years . . .

When ignorance of an industry hurts us all, Rep. Ed Markey (Dolt, Mass) can't seem to grasp why an offshore oil lease is not a sure thing, as set out in this Oil and Gas Journal Markey's 'use it-lose it' logic:


Markey seems to believe that if an oil company bids for and wins a tract of federal land, it already knows hydrocarbons underlie the area.

He would rather that we pay no attention to the tens of millions of acres that federal agencies have declared off-limits to leasing or exploration to appease environmental activists.

Markey charged, "The oil companies are sitting on huge reserves of oil they're not even using, and they come back asking for more areas to be opened up for them to drill (OGJ Online, Oct. 23, 2012)."

It's not clear how Markey knows oil and gas underlie leases that haven't been drilled. Perhaps he is offering himself as a geological consultant, because companies would certainly like to know in advance—without having to spend millions to drill—where hydrocarbons lie.

Thoughts on the future of the U.S. Navy from U.S. Naval Institute's Proceedings, Disruptive Technologies: The Navy's Way Forward:


For the U.S. Navy in the 21st century, robotic and unmanned systems will create a dramatic reorganization on par with the introduction of steam propulsion or the aircraft carrier. While the Navy and land services have embraced unmanned vehicles in air operations, similar surface and subsurface vehicles have been badly lagging. With less than 1 percent of Department of Defense funding for these types of craft in Fiscal Year 2011, unmanned maritime systems have no fielded programs of record in the Navy’s main warfare communities.
***
The United States is in the best position to invent a dominant naval force of the future. Once it builds the infrastructure to create the future Navy, China and other potential rivals’ investments in creating and countering industrial navies will look more like a massive blunder than a threat.

UPDATE: All the news from the battleground of Yemen you will find time to read at Armies of Liberation
Posted by Mark Tempest at 11/08/2012 12:50:00 AM