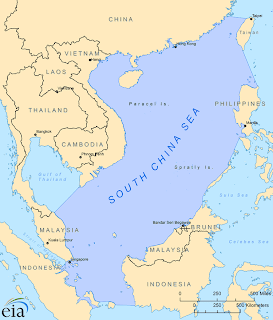 
. . . The Philippine Department of Energy (DOE) said it aims to make the country 60 percent self-sufficient in energy by 2024 in a 2011 public address.

In the same year that the DOE committed to raise the country's energy self-sufficiency, the agency launched its largest ever petroleum block contracting round. The fourth Philippine Energy Contracting Round (PERC 4), which was launched June 30, 2011 saw 15 oil blocks – 12 offshore and three onshore – spanning an area of more than 25.5 million acres (10 million hectares) being offered.

The Philippines produced some 1.64 million barrels of oil in 2012, a remarkable achievement considering that the country produced no oil before 2000, according to the DOE. The Galoc field, sited 37 miles (60 kilometers) northwest of Palawan Island, accounted for 1.5 million barrels. The Nido oil field is the second largest producing field, followed by the Matinloc and North Matinloc oil fields.

"Although [the country's] current production of crude oil is quite modest, the Philippine petroleum industry may have significant potential in the disputed area of the South China Sea Basin, which is adjacent to the Northwest Palawan Basin," according to an August 2012 report published by the International Monetary Fund.

Which of, course, bumps it up against China's claims in the South China Sea or, as the Philippines would have it, the "West Philippine Sea" -


"This afternoon, the Philippines has taken the step of bringing China before an arbitral tribunal under the 1982 United Nations Convention on the Law of the Sea (UNCLOS) in order to achieve a peaceful and durable solution over the West Philippine Sea," the DFA said.

"The Philippines has exhausted almost all political and diplomatic avenues for a peaceful negotiated settlement of its maritime dispute with China. We hope that the arbitral proceedings [will] bring this dispute to a durable solution," the DFA added. (Jan 23)

Now, the Oil and Gas Journal reports a modest effort to expand production from the Galoc field:


A unit of Otto Energy Ltd., Perth, heads a group that is drilling two horizontal wells in a second development phase at Galoc oil field offshore the Philippines.

The company expects the Galoc-5H and 6H wells, being batch-drilled in 311 m of water each with a planned 2,000-m lateral, to begin producing in the fourth quarter to the Rubicon Intrepid floating production, storage, and offloading vessel.

Info from Otto Energy on its Galoc development here. A little investment info:

The Galoc field consortium is eyeing first oil to flow from the drilling of two additional wells by the first half, bringing total daily production to about 12,000 barrels per day.

Some history of Philippines oil and gas exploration from the Philippine DOE:


In 1989, relatively large fields were discovered in the deep waters off Palawan when Occidental Petroleum tested gas in its Camago Structure. Alcorn Philippines, in 1990, discovered the West Linapacan Field and commenced production two years later until 1996. Also in 1990, Shell discovered Malampaya gas field becoming, by far, the largest gas discovery in the country. The field started to produce commercially in 2002, providing clean fuel for power generation to Luzon grid. At present, Malampaya natural gas provides about 40% of Luzon’s power requirement.

Onshore in northern Luzon, the Philippine National Oil Company developed and produced the San Antonio Gas Field in 1994 and supplied natural gas as fuel to the local electric cooperative in the Province of Isabela.

Wrap up this backgrounder with a U.S. Energy Information Administration brief on the South China Sea:


EIA estimates the South China Sea contains approximately 11 billion barrels of oil and 190 trillion cubic feet of natural gas in proved and probable reserves. Conventional hydrocarbons mostly reside in undisputed territory.
***
While national oil companies (NOCs) have been successful in extracting hydrocarbons near the shorelines of the South China Sea, the majority of the area presents daunting challenges to development. In addition to the geopolitical disputes, the contested areas of the sea face geological and technological concerns.

EIA estimates the South China Sea to be more viable as a source of natural gas than as a source of oil, so producers would have to construct expensive subsea pipelines to carry the gas to processing facilities. Submarine valleys and strong currents present formidable geologic problems to effective deepwater gas infrastructure. The region is also prone to typhoons and tropical storms, precluding cheaper rigid drilling and production platforms. Industry sources point to innovations in deepwater drilling pioneered throughout the Gulf of Mexico as models for developing the South China Sea, including tension leg tethering of production installations and managed pressure drilling to operate in the high-pressure deepwater environment. NOCs have partnered with international companies to provide technology and equipment for deep sea exploration and drilling operations.

Of course, from a maritime security point of view, there is this: