Transportation on the Water: The Erie Canal and the Opening of the American West

Nice little historical glimpse at the importance of a really bright idea. 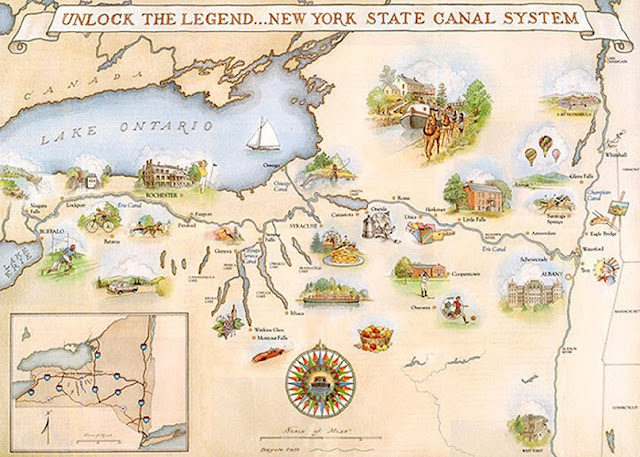 Digging a canal was easier than building good roads:


When Governor DeWitt Clinton first proposed a Canal from the Hudson River to the Great Lakes, detractors dismissed the project as "Clinton's folly." The Erie Canal took seven years to build and was the engineering marvel of its day -- yet it was constructed without the aid of a single professional engineer. It cut through 363 miles of wilderness and featured 18 aqueducts and 83 locks, with a rise of 568 feet from the Hudson River to Lake Erie.

Finished in 1825, it spurred the first great westward migration of American settlers, opened the only trade route west of the Appalachians, and help make New York the preeminent commercial city in the U.S. The Erie Canal was enlarged three times to accommodate heavy traffic, most recently between 1905 and 1918 when the present-day Canal system was configured.