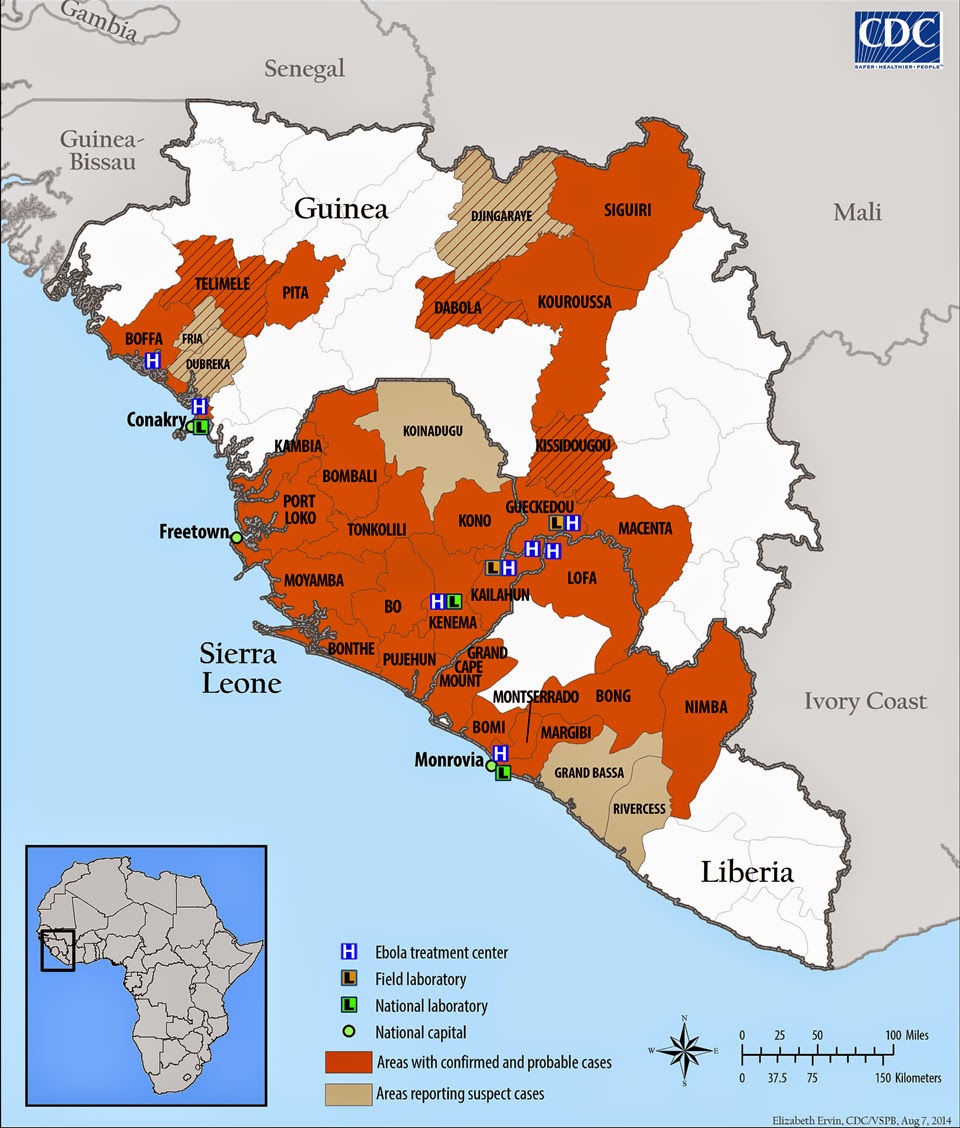 Soooo, you might have learned from the news talkers that there is this "Ebola" thing popping up again in Africa and there is some danger it might head your way. What should you do to protected yourself and your family?

Well, my guess is that you really ought to stay out of places where the "pop up" is occurring. See the adjacent map graciously provided by the U.S. Center for Disease Control.

Or, if you prefer the work of a UN agency, here's a World Health Organization map: 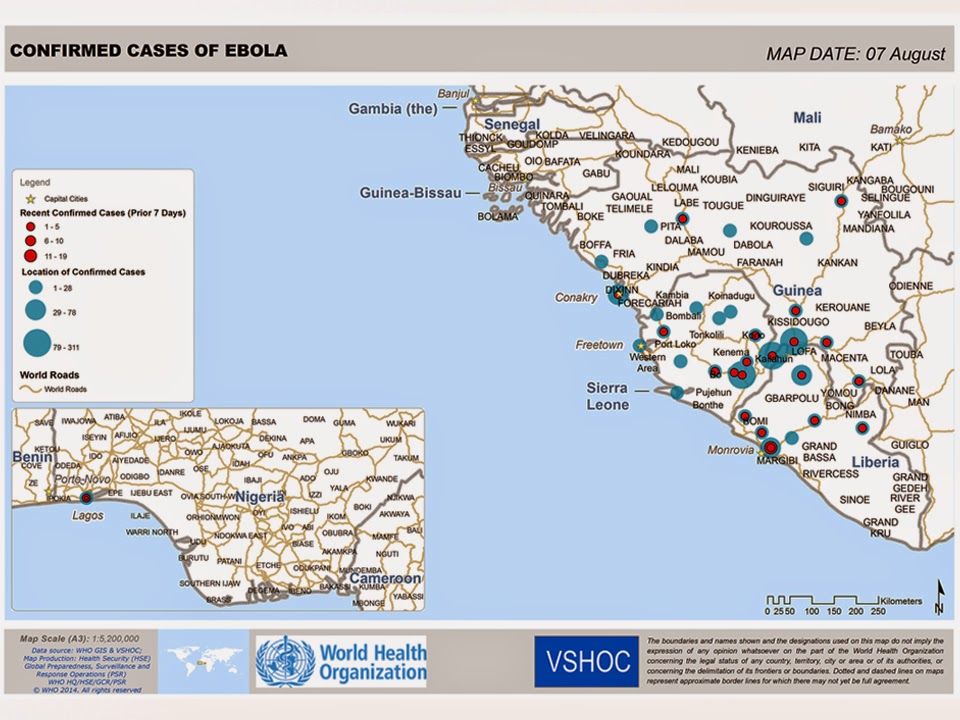 WHO describes the disease:


Ebola virus disease (formerly known as Ebola haemorrhagic fever) is a severe, often fatal illness, with a case fatality rate of up to 90%. It is one of the world’s most virulent diseases.The infection is transmitted by direct contact with the blood, body fluids and tissues of infected animals or people. Severely ill patients require intensive supportive care. During an outbreak, those at higher risk of infection are health workers, family members and others in close contact with sick people and deceased patients.

Ebola virus disease outbreaks can devastate families and communities, but the infection can be controlled through the use of recommended protective measures in clinics and hospitals, at community gatherings, or at home.

There are good reasons not to go to full protective suits for wear around your house - including the fact that Ebola is actually hard to contract:

- The incubation period of Ebola virus disease (EVD) varies from 2 to 21 days. Person-to-person transmission by means of direct contact with infected persons or their body fluids/secretions is considered the principal mode of transmission. In a household study, secondary transmission took place only if direct physical contact occurred. No transmission was reported without this direct contact. Airborne transmission has not been documented during previous EVD outbreaks.
- There is no risk of transmission during the incubation period and only low risk of transmission in the early phase of symptomatic patients. The risk of infection during transport of persons can be further reduced through use of infection control precautions (see paragraphs 3.2 and 3.3).
- In the current outbreak, infected travellers have crossed land borders with neighbouring countries and there is a possibility that other cases might occur in neighbouring countries.
- Historically, several cases of haemorrhagic fever (Ebola, Marburg, Lassa, Crimean Congo haemorrhagic fever) disease were diagnosed after long distance travel but none developed the symptoms during the international travel. Long-distance travellers (e.g. between continents) infected in affected areas could arrive while incubating the disease and develop symptoms compatible with EVD, after arrival.

2. Risk of EVD for different groups
2.1. Tourists and businessmen/women returning from affected areas in a country

The risk of a tourist or businessman/woman becoming infected with Ebola virus during a visit to the affected areas and developing disease after returning is extremely low, even if the visit included travel to the local areas from which primary cases have been reported. Transmission requires direct contact with blood, secretions, organs or other body fluids of infected living or dead persons or animal, all unlikely exposures for the average traveller. Tourists are in any event advised to avoid all such contacts.
2.2. Visiting families and relatives

The risk for travellers visiting friends and relatives in affected countries is similarly low, unless the traveller has direct physical contact with a sick or dead person or animal infected with Ebola virus. In such a case, contact tracing should confirm the exposure and prevent further spread of the disease through monitoring the exposed traveller.
2.3. Patients travelling with symptoms and fellow travellers

There is a possibility that a person who had been exposed to Ebola virus and developed symptoms may board a commercial flight, or other mode of transport, without informing the transport company of his status. It is highly likely that such patients would seek immediate medical attention upon arrival, especially if well informed, and then should be isolated to prevent further transmission. Although the risk to fellow travellers in such a situation is very low, contact tracing is recommended in such circumstances.

So, keep away from the sick and the dead. Especially avoid "direct contact with blood, secretions, organs or other body fluids of infected living or dead persons or animal." Which seems like good advice most of the time anyway.