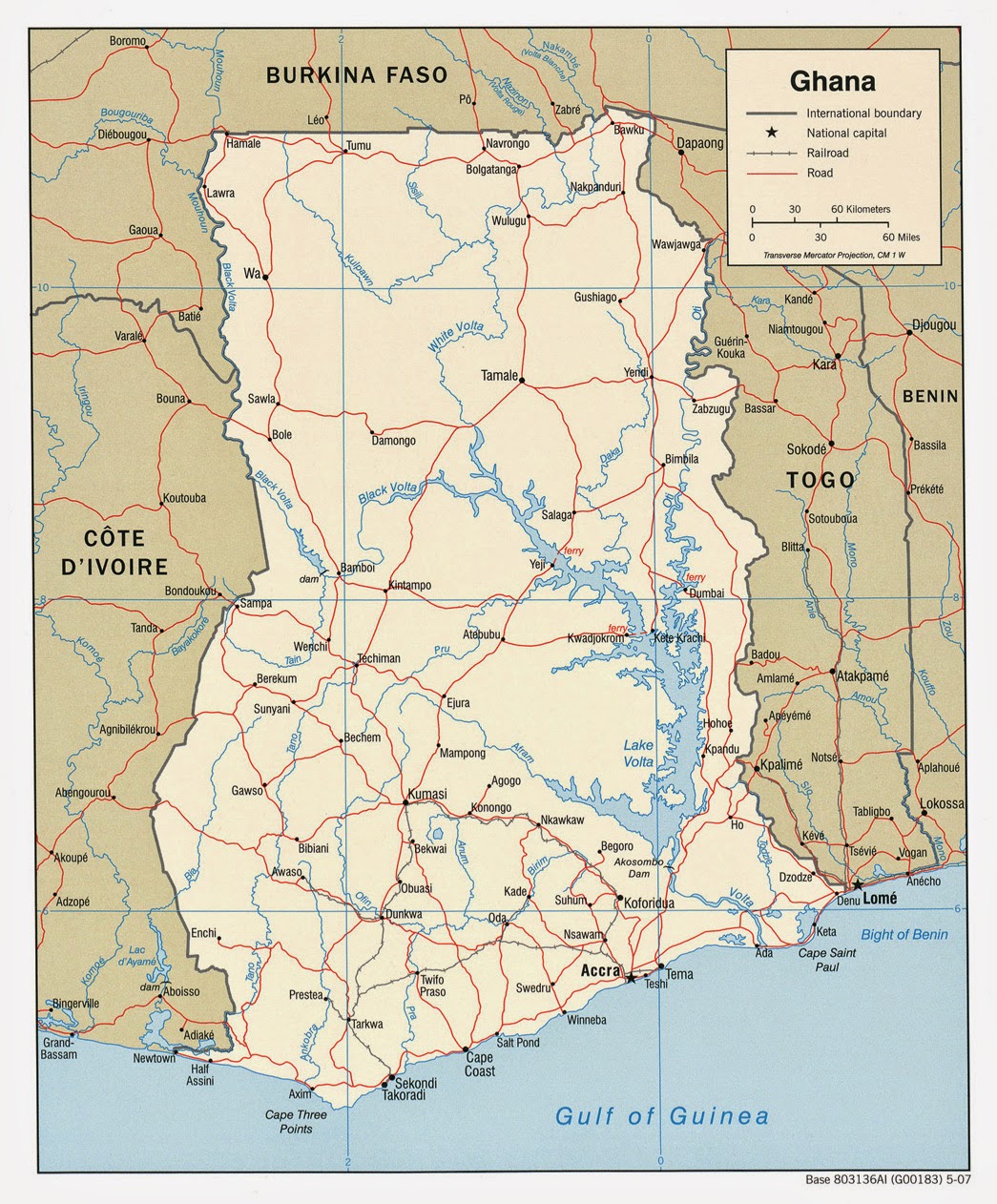 Over the past few months there has been much discussion of the "oil pirates" of the Gulf of Guinea who grab tankers, empty their oil cargoes and release the ships. One of the lingering questions has been what they are doing with the oil they have stolen. One fascinating possibility is reported by Benoît Faucon and Drew Hinshaw in the Wall Street Journal's "Tiny Ghana Oil Platform's Big Output Sparks Scrutiny" (which is behind a subscription block) where they report,


A small oil facility off the coast of Africa appears to be sending lots of crude to Europe, raising questions by Nigerian and U.S. authorities about whether some of it is pilfered Nigerian crude that they say is increasingly making it to global markets.

Ghana's government inaugurated the Saltpond platform back in 1978 to pump oil from an offshore field. In its heyday, the field, located seven miles off the country's coast, produced more than a million barrels a year. That has dwindled to just over 100,000 barrels over the course of 2013, according to Ghana's finance ministry.
But since last August, three tankers picked up more than 470,000 barrels from Saltpond, transporting it to an Italian refinery near the port of Genoa, according to port officials, ship-tracking services and port records.

The article notes that there are some legitimate shipments through the platform, but


The Saltpond platform, meanwhile, has been a destination for at least one vessel connected to Nigerian oil theft, according to ship-tracking services.
***
Two cargoes, unloaded in August 2013 and February 2014, carried about 340,000 barrels altogether, according to Genoa port officials. The third tanker, unloaded on April of this year, carried 132,000 barrels. Together, that's more than four times the platform's 2013 output of around 100,000 barrels, according to the Ghana government figures.

Oil and money. Two parts of a formula for corruption and crooks.