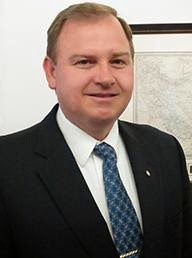 What is the proper fleet structure for the USN as we design our Navy that will serve its nation in mid-Century?

Join us for a broad ranging discussion on this topic and more with returning guest, Henry J. Hendrix, Jr, CAPT USN (Ret.), PhD.

Fresh off his recent retirement from active duty, Jerry is a Senior Fellow and the Director of the Defense Strategies and Assessments Program at the Center for a New American Security (CNAS).

A Naval Flight Officer by training, his staff assignments include tours with the Chief of Naval Operation’s Executive Panel (N00K), the Office of the Undersecretary of Defense for Policy (Force Development) and the OSD Office of Net Assessment.

His final position in uniform was the Director of Naval History.

Hendrix also served as the Navy Fellow to the Weatherhead Center for International Affairs at Harvard University. He has a Bachelor Degree in Political Science from Purdue University, Masters Degrees from the Naval Postgraduate School (National Security Affairs) and Harvard University (History) and received his doctorate from King’s College, London (War Studies).

He has twice been named the Samuel Eliot Morison Scholar by the Navy Historical Center in Washington, DC, and was also the Center’s 2005 Rear Admiral John D. Hays Fellow. He also held the Marine Corps’ General Lemuel C. Shepherd, Jr. Fellowship. He authored the book Theodore Roosevelt’s Naval Diplomacy and received a number of awards, including the United States Naval Institute’s Author of the Year and the Navy League’s Alfred T. Mahan Award for Literary Achievement.