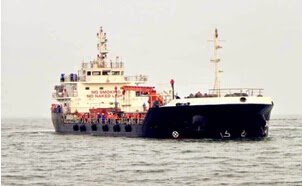 
Most serious incidents involve illegal fuel syphoning in the Straits of Malacca and South China Sea. Ten small tankers were hit between April and September: Sri Phang Nga, Orapin 4, Budi Mersa Dua, Ai Maru, Moresby 9, Oriental Glory, VL14, Orapin 2, Pentrader and Naniwa Maru. To put this in perspective, since 2011 a total of 18 syphoning attacks have been reported of which 13 were successful.

Most syphoning attacks occur at night, well outside Singapore’s port limits frequently in the less-policed waters north of Indonesia’s Bintan island. Small product tankers under 5,000 tons are boarded by small groups of lightly armed pirates and taken into the South China Sea; their names sometimes re-painted and communications equipment disabled en route to a rendezvous point with a second vessel. Once alongside, the fuel can be offloaded within hours.

Shipments of Marine Gas Oil (MGO) are targeted for several reasons. First, MGO sold illicitly is lucrative, fetching above US$500 per tonne. Illegal bunkering is a perennial problem beyond port limits. In remote areas, the black market may be the easiest way to obtain marine fuel. Second, loaded product tankers present inviting targets, being low, slow and easily trackable. Third, many attacks betray the hallmarks of preplanned, syndicate involvement: syphoning operations are well organised, conducted with apparent foreknowledge of the cargo fuel type and how to dispose of it. Crews are normally unharmed.

The author of the piece correctly points out:


Targeted syphoning attacks, with strong indications of insider involvement, do not pose a generalised threat to shipping or the energy trade, although attacks do still occur on vulnerable vessel types elsewhere within the Straits of Malacca Traffic Separation Scheme.

In other words, this "cargo jacking" from small tankers is a crime similar to, but different from the "normal" level of piracy in the area discussed. This "normal" level has been steadily decreasing as a result of various regional/international actions and agreement.

That "normal" included a whole bunch of "snatch and grab" events where a couple of robbers would get on board a ship and steal those things not nailed down. In a few cases, there was armed robbery in which the master and crew were robbed while being threatened usually, in these waters, at knife point. After getting what they could, the robbers would rush away.

Now, however, we see far better organized and orchestrated schemes which involve the hijacking of a ship, bringing another "pirate" ship alongside and transferring all or part of the hijacked ship's cargo to the "pirate" tanker. All of which takes organizational skill and, presumably, a significant criminal enterprise to support this complex task and to have a ready market for the stolen cargo.

I'll leave it to you to decide how much local corruption might play a role in such matters. It is touched on in the article linked to above.

If you take a look at the ship image above, you can see why these little tankers are so vulnerable to piracy - they sit low in the water (easy for pirates to board from small boats), have small crews, little or no security and carry valuable cargo.

Just to help you have a frame of reference, here's the general level of piracy/sea robbery in the vicinity of Singapore since the start of the year as depicted at the valuable ICC CCS IMB Live Piracy Map site. First, the big view of the area: 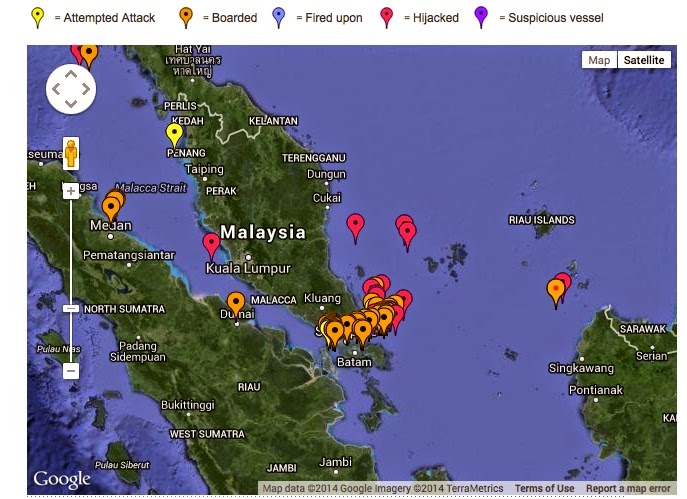 You might note that the Strait of Malacca itself is pretty clear of attacks and boardings, which are now concentrated in the anchorages and holding areas at the southern end of the strait.

Let's drill down a bit: 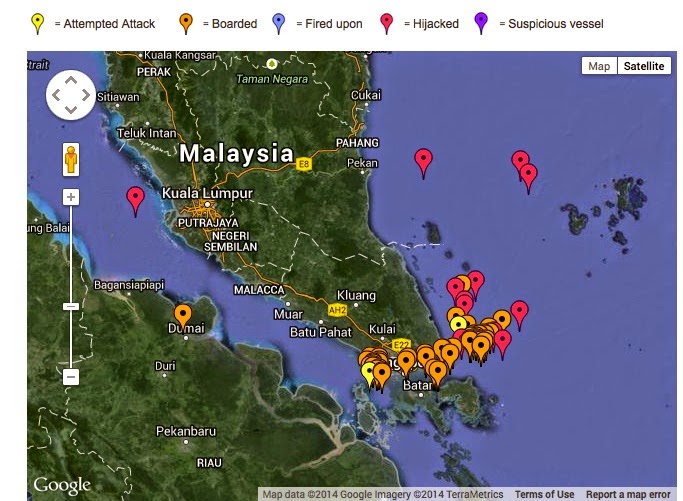 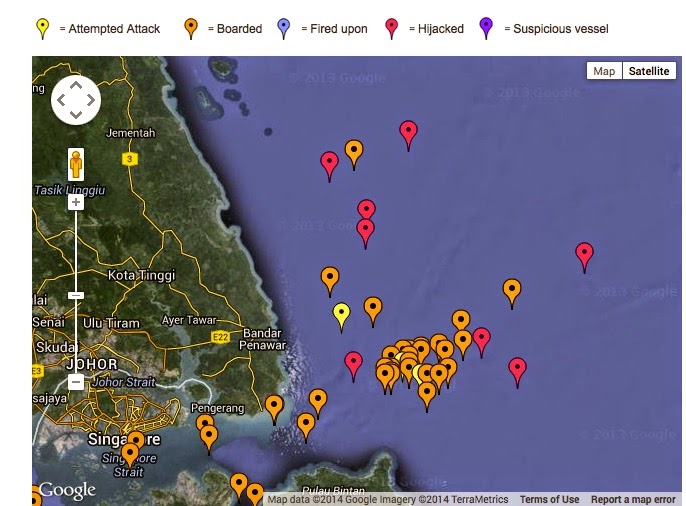 Here's what you need to know - every single one of the red markers in these maps is a hijacking of a product or bunkering tanker.  Yep, even that one up there near Kuala Lumpur.

Let's go back to the fact set out in the cited article:


Ten small tankers were hit between April and September [2014]... To put this in perspective, since 2011 a total of 18 syphoning attacks have been reported of which 13 were successful.

As the gangs involved got more experience and developed their markets, it can be assumed they got more aggressive.