Asking the Right Questions: "A U.S.-China War in Asia: Could America Win by Blockade?"

From The National Interest A U.S.-China War in Asia: Could America Win by Blockade? by Xunchao Zhang:


Is it viable for the United States to impose a naval blockade against China in a potential conflict? That’s a critical question in the study of China’s maritime and energy strategies.
***

But China’s reliance on seaborne oil imports isn’t matched by its naval capability. It doesn’t have overseas bases to support regular operations in distant regions. By contrast, the US Navy not only possesses formidable ocean-going capabilities, but also quantitative and technological advantages. That asymmetry between China’s high level of reliance on seaborne oil imports and its low level of naval capability to protect those imports means the US Navy could successfully interdict China’s seaborne oil trade.

The ability to sustain a long blockade and the issue of reliability of prospective allies in such an endeavor are critical. 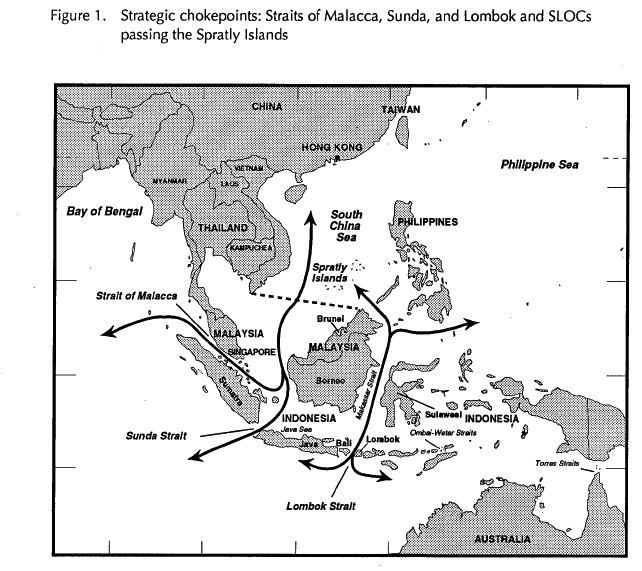 An earlier post on Cbina's Sea Lanes. It's all about Sea Lines of Communication (SLOCs), isn't it? Mahan speaks to the Chinese and the U.S. navies.


Mahan argued that hardened coastal defenses had the effect of shifting the battleground offshore. Since harbor forts equipped with land-based armaments could fire weapons at longer distances and with greater accuracy than vessel-based cannons, a foreign naval force would find it difficult to directly attack or conduct an effective blockade of a U.S. seaport. However, a nation that invested in a large deepwater navy could overcome coastal defenses by disrupting what Mahan called the “sea-lines of communication” (SLOC) that facilitate "the sea commerce upon (which) the wealth and strength of countries" ultimately lies. 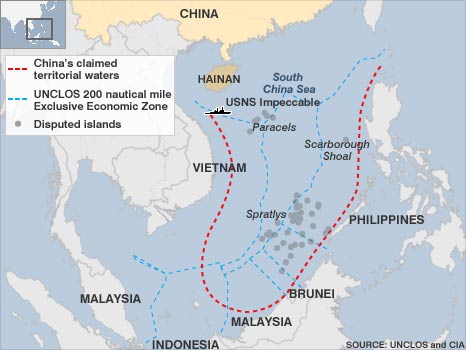 Note the nearby map of China's claims to most of the South China Sea as it attempts to secure its nearby SLOCs, especially those near the Spratly Islands. Oh look, Vietnam is important. As are the Philippines.


The US can conceptualize a conventional war with China because China, with a much smaller nuclear force can’t initiate nuclear exchange in a war with the US. China needs to transform its strategic nuclear force from one of minimal sole-purpose deterrence to a more robust multi-purpose deterrence. A robust Chinese nuclear deterrence could contribute to war prevention by replacing the option of “winnable conventional war” with “unwinnable nuclear war.” But, in order to construct a nuclear deterrence sufficiently robust to deter the US from engaging in a conflict with China, Beijing must make two major changes: it must renounce its No-First-Use declaration, and build up a strategic nuclear force more comparable to that of the US.

Goodie, can we have another Cold War?

While you think about that delightful idea, remember what the Japanese were up to in 1941 as they tried to secure their supply areas and the SLOCs  they needed to get oil and other things to their island homeland. China, of course, does not have Malaya, Indonesia, Singapore, the Philippines, Korea and Japan under their control as did the Japanese after December 1941. 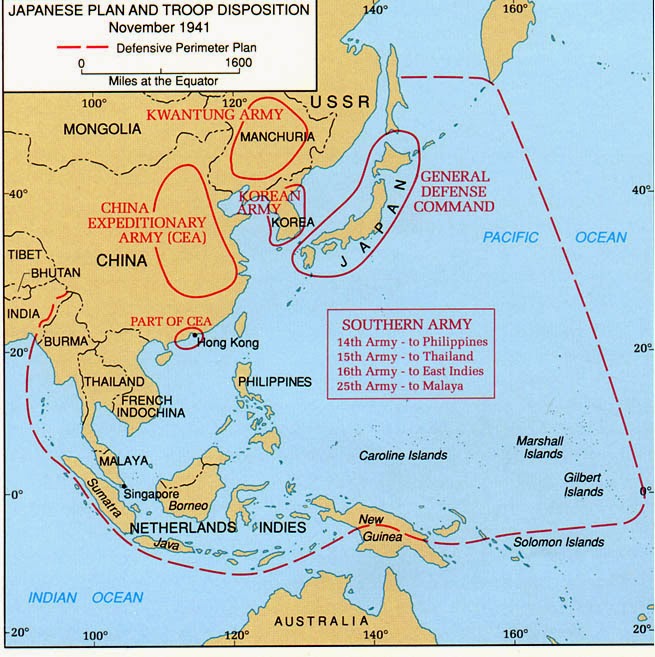