Why we can't have nice things like more ships and airplanes for our Navy. 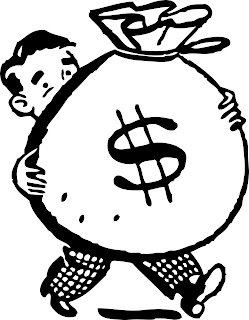 Next time someone beefs about "excessive defense costs" (and there are lots of those) you might want to note that the failure to control costs in other areas sucks up a lot of budget dollars, too, such as Senate report: Illegal immigrants benefited from up to $750M in ObamaCare subsidies


Illegal immigrants and individuals with unclear legal status wrongly benefited from up to $750 million in ObamaCare subsidies and the government is struggling to recoup the money, according to a new Senate report obtained by Fox News.

The report, produced by Republicans on the Senate Homeland Security and Governmental Affairs Committee, examined Affordable Care Act tax credits meant to defray the cost of insurance premiums. It found that as of June 2015, “the Administration awarded approximately $750 million in tax credits on behalf of individuals who were later determined to be ineligible because they failed to verify their citizenship, status as a national, or legal presence.”

The review found the credits went to more than 500,000 people – who are illegal immigrants or whose legal status was unclear due to insufficient records.

$750 million will buy a couple of Littoral Combat Ships or about 12 F-18 Super Hornets or 3 Navy P-8 aircraft or 1 Coast Guard National Security Cutter or most of the cost of a new Coast Guard ice breaker. If the number turn out to be 1/2 of $750 million, you still got 1 LCS , etc.

Yes, illegal immigrants do pay into the U.S. tax system. There is an argument as to whether this contribution is a net plus or net minus. Much of that discussion depends on whether you limit the numbers to solely federal or include state costs.

Much of that discussion also predates Obamacare subsidies.

However, when there is a clear legal mandate that people who are not legally in this country should not receive Obamacare subsidies and that ought to be easy to enforce there is little excuse for the waste of hundreds of millions of tax dollars.

Health care is not the only over-spent account. There are some notable failures in trying to stimulate "green energy" projects like Solyndra (-$530 million), Fisker Automobiles (-$123 million) and Abound Solar (-$40 million).


Over the past decade, federal and state governments have significantly increased their support for nonconventional energy technologies, ranging from wind-powered electricity generators to battery-powered cars. One of the largest such programs was the Department of Energy’s Section 1705 Loan Guarantee Program — the subject of this study.

The $16 billion dollar program “invested” in various failed enterprises, including Solyndra and Abound Solar. But those are just the tip of the iceberg of the DOE's poorly diversified portfolio of mostly “junk” grade investments, many of which, years later, are still “under construction.”

So why did the DOE systematically make loan guarantees to companies that are financially unsound? We found that many recipients had close ties to those in charge of approving the loan guarantees. Moroever, we found that the DOE allocated funds broadly in proportion to applicants’ lobbying expenditures. In other words, it is likely that loan guarantees were allocated not on the merits of the projects but, rather, according to the degree to which the applicants were able to use political connections.
***
The Department of Energy’s allocation of Section 1705 loan guarantees appears to have been widely abused by political insiders seeking to make a quick buck. Many Section 1705 recipients also received other substantial funds from the DOE under the ARRA and other programs, including the ongoing Section 1703 program, suggesting that the DOE’s entire green-energy program is ill-conceived.

The fundamental problem is that government loan officers do not have incentives to ensure that the investments they make on the public’s behalf generate a return on investment. In contrast with private venture capitalists and angel investors, government agencies have no skin in the game. Whether the projects they fund succeed or fail makes practically no difference to them. In the absence of such incentives, loan officers are motivated to make their lives easier by doing politicians’ bidding or by simply allocating funds to the companies that do the most sweet-talking.

This situation has distorted investments in innovative technologies. In the absence of such subsidies, venture capitalists would have made investment decisions based on the likelihood of a return, which would have entailed an evaluation of the likely future demand for the technology, the price that could be charged and the production costs. An important factor in this decision would have been the cost and availability of alternative technologies.

The Obama administration has sought to justify its investment in solar, wind and other “renewable” technologies on the grounds that they offer a means of reducing carbon emissions. But it seems to have given little consideration to the cost of achieving this reduction. In the context of electricity generation, the dramatic increase in availability of natural gas and the consequent reduction in its price are significant. By subsidizing the current generation of solar and wind technologies, the Administration may have reduced investments in gas generation that could otherwise have helped reduce carbon emissions at a lower cost — for example, by expanding the supply of natural gas or by increasing natural gas generation capacity. And these subsidies have most likely reduced the capital invested in future, more innovative forms of generating capacity because potentially innovative companies can’t compete with government
subsidized green energy companies.

There are many reasons why people don't much like the direction of the federal government. These are but a couple of them. Or, perhaps, $17 billion reasons.