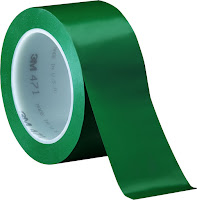 I guess the current administration has decided to help the goal of world peace through executive action. How? It seems intent on wrapping up national defense in environmental and cultural green tape. With enough tape, the mighty engines of war fighting will grind to a halt. And peace will break out all over.

One bit of this nonsense about the new "climate change" mandate for military planners, weapons acquisition persons, training commands, etc is covered by my radio co-host CDR Salamander  here:


We are moving to full Soviet clown show where political cargo cults are being forced on military planning - not because military professionals see it as important, but because The Party demands it.

I wonder if we could get a study of the fiscal and preparedness impact this sort of "environmental symbolism" has and will cost us.

I'm sure a number of underemployed/unemployed attorneys stand ready, however, to assist with the preparation of all the environmental impact statements (EIS) that will be needed for Marines and soldiers digging foxholes and prepping firing positions in both training and combat.

I wonder if each mortar round fired needs its own EIS or if a series of such firings can be covered by a blanket EIS. I also wonder if EISs need to be filed to cover incoming rounds?

Pretty sure there are a number of currently unemployed archaeologists who can help perform "cultural resource investigations" that will be needed to make sure such digging doesn't disturb historically sensitive things:


Section 106 of the NHPA requires all Federal agencies, including the Federal Energy Regulatory Commission FERC or Commission), to take into account, prior to authorizing an undertaking (, the effect of the undertaking on cultural resources listed or eligible for the National Register (historic properties). The agency must also afford the Council an opportunity to comment on the undertaking.

I guess we should be asking potential enemies to provide environmental impact statements concerning their potential attacks on the U.S. - I'm sure the Iranians, North Koreans, Chinese and Russians will be happy to comply with descriptions of what a several megaton weapon might do the the U.S. environment. Perhaps,  pending those filings, we can get an "international court" to issue an injunction on wars brought by such states. Wasn't something like that done after Russia invaded the Ukraine? No - well, I'm sure that was oversight.

It might prove a little tougher to get those nasty "non-state" actors to comply though . . .

Speaking of which, has anyone seen the ISIS "cultural resource" filings on the destruction of ancient sites?  I'm pretty sure we didn't get one from the Taliban before they blew up those Buddha things.

Not so sure about the environmental impact statements this climate conscious administration must have prepared for Libya, covering withdrawal from Iraq and our reentering Iraq, and the impact on climate change of drawing "red lines" while watching Syria implode. Perhaps the Executive Branch has put those some place off line.

Ah, those wars of choice.

Among other distractions, there is the irony of Opening All Military Occupations, Positions to Women and then having a debate on whether women should be required to register for the draft like their male counterparts.