Psst.Psst. Wanna Distribute Your Lethality on the Cheap? 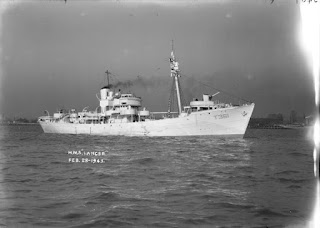 Ok. So over at CIMSEC they are have fun with Distributed Lethality Week, a topic which by some other names I have been plugging since Pluto was a pup or perhaps since back when Pluto was a planet.

You could go back to back to December 2008, when I posted Department of Crazy Ideas: How about a cheap inshore fleet? or you refer to CIMSEC piece I wrote, CHEAPER CORVETTES: COOP AND STUFT LIKE THAT which was also covered at this blog as Cheapening the Discussion of Corvettes (ships not cars) which contains a nice reference back to the CIMSEC piece. Life is a circle or some such thing.

And this resurrection of the 2008 piece with a reference to the CIMSEC post :


. .. in which I suggested that if "payloads" are the key to the future then the "platform" end of some naval force could allow for a different approach to getting drones of various types out to sea and, even more importantly, out to where the action might be. There is a nice follow on Non-Traditional Drone Motherships by NavalDrones.

The underlying goal, of course, was to suggest a way of getting lots more platforms out there - with lots more weapons and capabilities. Cheaper, faster, and, if not better, certainly "good enough." As I wrote somewhere,


If the answer to the Navy’s future is robotics, then Admiral Greenert’s July 2012 U.S. Naval Institute Proceedings piece, “Payloads Over Platforms, Charting a New Course” opens up a whole new world of possibilities for using existing small ship platforms as “trucks” to deliver large numbers of modern weapons platforms to areas of interest.

I brought the topic up again last month in A Blast from the Past - Department of The Expendable Ship Division : "How to Make the Navy Bigger, Sooner, Cheaper" Revisited where I wrote,


And don't worry that they are expendable. It's a feature, not a flaw.

Lately I've been sent links to a UK site (ThinkDefence with that obstinate Brit spelling of defense) covering the concept of using merchant hulls and turning them into warships of a sort as in A Ship that Still Isn’t a Frigate:


If one wants a Frigate (light or global) ask those nice chaps at BAE to design and build one for you.

So, why bother, the simple point, the whole raison d’être for this, is one of cost, trying to squeeze the maximum utility from the smallest pot of cash. A class of ships that fulfils a plethora of roles that are less than high-intensity combat, and might use some notional future budget for an Argus and Diligence replacement, and perhaps with a nod to future mine countermeasures and survey budgets.

These ships would be either a conversion of a second-hand civilian vessel, or largely based on a civilian design with minimal modifications during build.

I think it's a great idea and have been saying so for what - 7 years- that's what.

The ThinkDefence author says, "don’t take it too seriously" but I think we should take this concept very seriously indeed.

We need hulls on the water carrying weapons to distribute all that lethality stuff.

And we really don't need to spend a fortune - we just need to be smart enough to not always think in great big gray hulls.

Back in the day they had Naval Trawlers:


A naval trawler is a vessel built along the lines of a fishing trawler but fitted out for naval purposes. Naval trawlers were widely used during the First and Second World Wars. Fishing trawlers were particularly suited for many naval requirements because they were robust boats designed to work heavy trawls in all types of weather and had large clear working decks. One could create a mine sweeper simply by replacing the trawl with a mine sweep. Adding depth charge racks on the deck, ASDIC below, and a 3-inch (76 mm) or 4-inch (102 mm) gun in the bow equipped the trawler for anti-submarine duties. 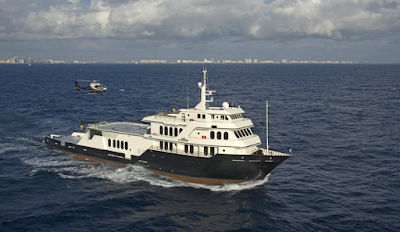 Nice oilfield boat conversions at Shadow Marine. It would be nice to have helo deck to help with part of the delivery of lethal stuff.

Everything old is new again. That circle thing.