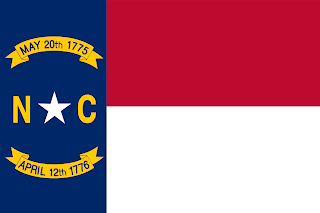 Toward the end of my post Political Correctness Run Amok, I wrote:


... does not Gov. Cuomo open up his own state to similar acts by other states on the basis of NY laws with which they disagree? Suppose NY has laws which Texas feels violate the Second Amendment - will Texas now forbid government funding of travel to New York until NY changes its laws to meet Texas standards?

An answer of sorts to that question comes in a set of complaints, referred to in New York Gov. Cuomo accused of violating Hatch Act after state ads run in North Carolina:


A former North Carolina Supreme Court judge has filed complaints with the U.S. Office of Special Counsel and a New York state ethics panel alleging that taxpayer-funded ads Gov. Andrew Cuomo’s administration has run in North Carolina violated the Hatch Act by interfering with the gubernatorial and legislative races in that state.

The commercials, which reference the state’s so-called transgender bathroom law, among policies by other states, “mention North Carolina and its leadership in a transparent attempt to criticize, interfere and affect the impending North Carolina elections,” according to the federal complaint filed by the retired judge, Robert F. Orr.
***
The federal complaint criticizes the ads as going “beyond appropriate economic-development recruitment,” saying: “By using public funds to promote New York as supporting certain policies and implicitly criticizing contrary political decisions made in North Carolina, an ethical imitation has been breached.”


The Hatch Act restricts the political activity of individuals principally employed by state, District of Columbia, or local executive agencies and who work in connection with programs financed in whole or in part by federal loans or grants

***
Political Activities and Examples of Prohibited Activities
Covered state, District of Columbia and local employees may not:
*
use official authority or influence to interfere with or affect the results of an election or nomination ...