Please join us at 5pm EDT (US) for Midrats Episode 342: Turkey, Erdoğan & its Miltary - with Ryan Evans: 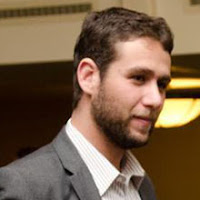 The events of the last week in Turkey brought that critically important nation in to focus, and we are going to do the same thing for this week's episode of Midrats.

Turkey has a history of military coups as a byproduct of an ongoing drive to be a modern secular nation against the current of a deeply Islamic people. This week we are going to look at how Turkey found itself at another coup attempt, the response, and the possible impact for Turkey and its relationship with NATO, Russia, Europe, and its neighbors.

Our guest to discuss this and more for the full hour will be Ryan Evans.

Ryan Evans is a widely published commentator and recovering academic. He deployed to Helmand Province, Afghanistan from 2010 – 2011 as a Social Scientist on a U.S. Army Human Terrain Team that was OPCON/TACON to the British-led Task Force Helmand. He has worked as assistant director at the Center for the National Interest, a research fellow at the Center for National Policy, and for the International Centre for the Study of Radicalisation and Political Violence in London. He is a Fellow of the Inter-University Seminar on Armed Forces and Society and received his MA from the King's College London War Studies Department.

Join us live if you can or listen later by clicking here. Or pick the show up later from either our iTunes page here or our Stitcher page here.
Posted by Mark Tempest at 7/23/2016 06:30:00 AM