As China continues to slowly use a variety of tools to claim portions of her maritime near-abroad in the South China Sea and elsewhere, part of their effort includes what can almost be considered naval irregular forces - a Maritime Militia. 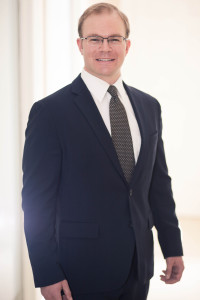 What is China doing with these assets, why are they being used, and what could we expect going forward as she taps in to a variety of assets to attempt to establish her authority?

Our guest for the full hour to discuss this and more will be Dr. Andrew S. Erickson.

Dr. Erickson is Professor of Strategy at the U.S. Naval War College (NWC)’s China Maritime Studies Institute (CMSI). Since 2008 he has been an Associate in Research at Harvard University’s John King Fairbank Center for Chinese Studies, and is an expert contributor to the Wall Street Journal’s China Real Time Report, for which he has authored or coauthored thirty-seven articles.

He received his Ph.D. and M.A. in international relations and comparative politics from Princeton University and graduated magna cum laude from Amherst College with a B.A. in history and political science. He has studied Mandarin in the Princeton in Beijing program at Beijing Normal University’s College of Chinese Language and Culture; and Japanese language, politics, and economics in the year-long Associated Kyoto Program at Doshisha University. Erickson previously worked for Science Applications International Corporation (SAIC) as a Chinese translator and technical analyst. He gained early experience working briefly at the U.S. Embassy in Beijing, the U.S. Consulate in Hong Kong, the U.S. Senate, and the White House. Proficient in Mandarin Chinese and conversant in Japanese, he has traveled extensively in Asia and has lived in China, Japan, and Korea.

Email ThisBlogThis!Share to TwitterShare to FacebookShare to Pinterest
Labels: China, Midrats on Blogtalkradio, Midrats on iTunes, Midrats on Stitcher