Seems like every now and then the "airship" (read as "blimp" or "dirigible") idea gets dusted off and someone proposes a great new use for them - as reported in this Aviation Week article proposing their use as "drone carriers" - Airship Carriers Could Extend Smaller UAS Capabilities :


The capability of small unmanned aircraft systems (UAS) continues to increase, as payloads become even smaller yet more powerful. But these aircraft have one disadvantage—range. “With the ranges we are looking at in the Pacific Theater, how do we get our small UAS to the fight?” asked DARPA Deputy Director Steve Walker at a recent conference in Washington.

DARPA’s answer is its Gremlins program, which seeks to develop a means of using existing large aircraft, transports or bombers, to launch and recover swarms of small UAS that would then cooperate to perform missions in contested airspace.

Another concept, presented by Science Applications International Corp. (SAIC) and ArcXeon at the American Institute of Aeronautics and Astronautics (AIAA) Aviation 2016 conference in Washington in June, is the AirStation, an airship that acts as an airborne carrier for UAS. In addition to military missions, the developers say the concept could support commercial package delivery operations.

I've blogged about the "Gremlin" program before at Gremlins? Really? Retrievable and Reuseable UAVs to Add to Air Mission Packages

The comments to the article are very much worth reading.

I think we've seen this movie before: 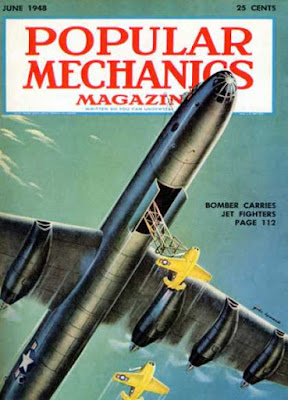