The Philippine Star reports that attack of some sort left one merchant sailor dead in the Sulu Sea :

Coast guard spokesman Armand Balilo said the Vietnamese coast guard reported that the MV Giang Hai, with 17 crewmen on board, was attacked by pirates Sunday night about 20 miles (31 kilometers) north of Pearl Bank in Tawi-Tawi, the Philippines' southernmost province. 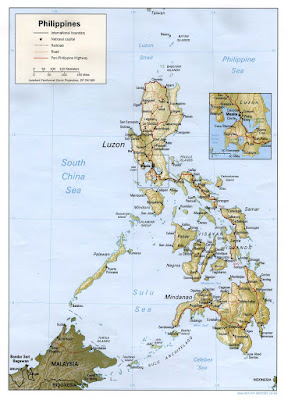 Personnel of the Philippine coast guard, police and marines found the ship had drifted near the province's Baguan Island. Upon boarding the vessel, they found 10 Vietnamese sailors alive and one dead.

Pham Van Hien, head of the safety department of Pham Hai shipping company, the owner of the cargo ship based in Vietnam's northern port city of Hai Phong, said the captain was among those abducted. The attack occurred while the vessel was transporting 4,500 tons of cement from Indonesia to the Philippines, he said.