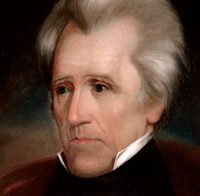 
Since his election in November, the administration and several articles have suggested Donald Trump is a new Andrew Jackson whose portrait now hangs in the Oval Office. What might that mean for the Navy? How did Andrew Jackson approach his Navy and what lessons can we draw from that?

Our guest for the full hour for a discussion of an understudied part of our naval history and what it could mean for the current administration is returning guest Claude Berube.

Claude is the Director of the Naval Academy Museum and has taught in both the Political Science and History Departments at the Naval Academy. He has worked in the U.S. Senate, as a maritime studies fellow at the Heritage Foundation, as the head of a terrorism analysis team for the Office of Naval Intelligence and as a defense contractor. 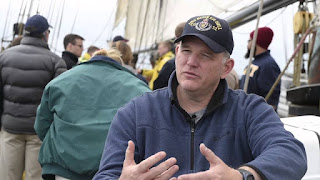 An intelligence officer in the Navy Reserve, he deployed with Expeditionary Strike Group Five in 2004-05. His articles have been published in Orbis, Vietnam Magazine, Naval History, The Washington Times, Jane’s Intelligence Review, Naval Institute Proceedings and others. He’s also written or co-authored five books. He’s completing his doctoral dissertation through the University of Leeds.

Email ThisBlogThis!Share to TwitterShare to FacebookShare to Pinterest
Labels: Midrats on Blogtalkradio, Midrats on iTunes, Midrats on Stitcher, Naval History