That Attack on the Saudi Frigate Revisited

I got to thinking about a discussion we had as part of Midrats yesterday in which we talked about the attack on a Saudi frigate in the Red Sea by some sort of high speed boat or something. I think it began about the 10:09 point.


In any event, today I took the opportunity to closely examine the Saudi video of the attack -

As I viewed the video I noted what appears to be the bow of the attack vessel appearing out of the sea spray. In the screen shot of the video, I've circled the area and placed an arrow pointing at what I believe to be the bow. 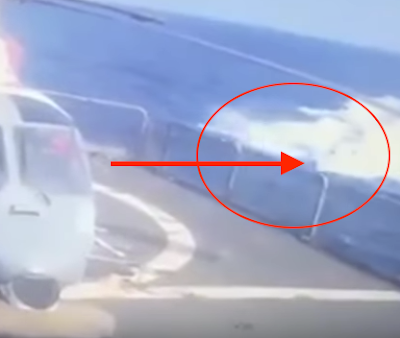 That got me thinking about an Iranian video of an alleged "drone" boat attack on a mock up of a U.S. aircraft carrier from a couple of years ago:

Now, the North Koreans have a plethora of small fast semi-submersible craft - at least one version of which has been seen in Iranian hands:

First, from NOSI, a look at such a vessel in NORK yards:

Second, from Covert Shores Naval Warfare, some drawings of the NORK Taedong B 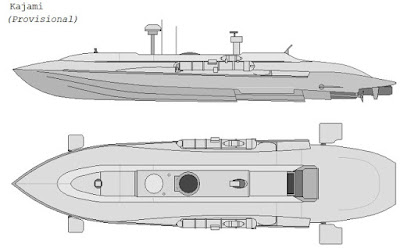 Finally, one of those critters bobbing along with the Iranian fleet: 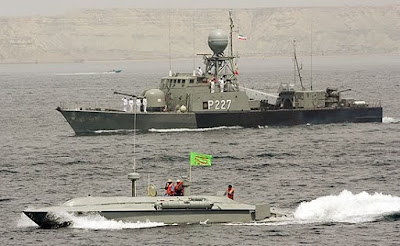 If I were an Iranian naval or IRGC officer and I had a cool toy, I might want to try it out somewhere against an enemy - not the "A" team probably but perhaps against the "SA" team. So I wonder - was this an application of something akin to what they used in that practice/publicity attack on the fake carrier? Or was this some sort of hybrid attack using something like that Taedong B semi-submersible or one of its ilk?

Or did they steal someone's ski boat?

Given the amount of spray around the attack boat, I have an inclination toward some sort of semi-submersible whose bow came out of the water when it hit the frigates bow wake, but I am open to suggestions.