What is a SWO? 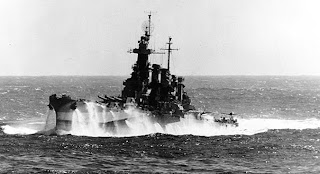 Yes, blogging has been light - I, even as a "semi-retired" guy, get busy now and then and this is a "then" period. On the other hand, light blogging leads me off on merry adventures in thinking about things that I really ought to blog more about. One such topic that popped into my head the other day as I was driving from one meeting to another involved the simple question posed in the headline. It popped in there because of one of those introduction processes we do, where it came up that I had, in fact, served in the Navy. The following conversation ensued:

Me: "A Surface Warfare Officer"

Them: "You steered ships?"

Them: "I had a friend whose brother was a Navy pilot. That must be exciting."