Pirates have attacked a Monrovia-flagged oil tanker off the coast of the West African country of Benin, killing one seaman, officials said Tuesday.

According to Benin's naval forces, the attack on the 230-meter long Cancale Star took place some 18 nautical miles off the country's coast. The vessel's chief engineer, a Ukrainian, was killed in the attack, which also left four other crew members injured. 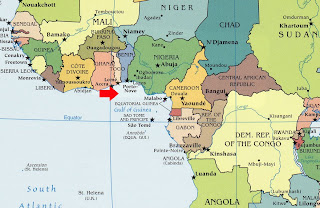 port of Cotonou, where it is currently berthed. It is understood that the crew of the vessel managed to capture one of the pirates and have handed him over to authorities in Benin.

Pirates are believed to be Nigerian.

Cancale Star photo by Prieschka Beentjes from Shipspotting.com and used in accord with Shipspotting terms of use.