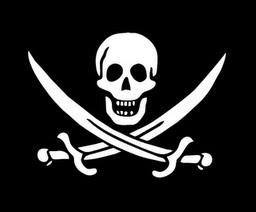 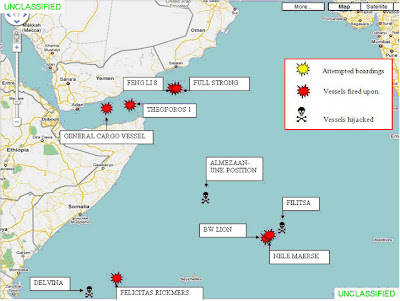 (U) ONI assesses that vessels attacked off Somalia are randomly selected and not specifically targeted for any reason other than how easily the vessel can be boarded. Pirates simply patrol an area, wait for a target of opportunity, and attempt to board. ONI defines a high risk vessel as one that travels at a speed of less than 15 knots with low hook points. All vessels, especially vessels that fit this profile, are advised to proceed with extreme caution when transiting the Gulf of Aden and the Indian Ocean off the east coast of Somalia. Pirates have shown a capability to operate in waters off the Omani coast (in the southern Gulf of Oman and Arabian Sea). There have also been incidents reported in the southern Red Sea of aggressive small boat activity. Caution must be taken when transiting these waters. Pirates have achieved significant success in recent months and have shown their capability to operate for sustained periods in the Gulf of Aden and at a considerable distance (>900NM) off the coast of Somalia. Not all attacks were successful, and considerable caution is always required since the areas around failed hijackings remain at high risk for at least 48 hours after the incident.
***

And a forecast through the 18th: 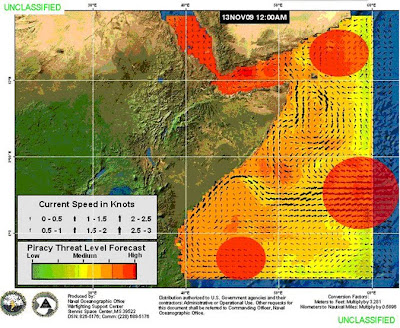