17/11/2009 09.09 UTC
On 16 November a Virgin Islands owned (operated from Singapore) Chemical Tanker named the MV Theresa VIII was hijacked in the south 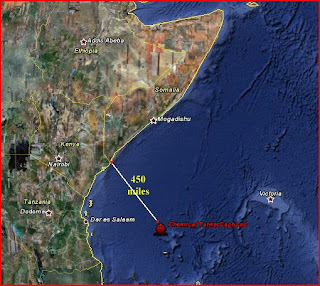 Somali Basin, 180 nautical miles North West of the Seychelles. Theresa VIII has a deadweight of 22,294 tonnes and a crew of 28 North Koreans. The vessel, which was heading for Mombasa, has turned around and is now heading north.

More here. Photo of vessel by Foggy from Shipspotting.com and used in accord with Shipspotting terms and conditions.

Another unsuccessful, this time in the Gulf of Aden, reported here:

On 16 November in the Gulf of Aden, the Ukrainian Cargo Ship MV LADY JULIET (flagged St Vincent & The Grenadines) heading West was attacked by pirates firing Kalashnikovs and rocket propelled grenades. The attack commenced when two small skiffs detached from a mother ship and made a fast approach towards the MV LADY JULIET not realising that a Vessel Protection Detachment was onboard. The VPD returned fire and the skiffs broke off their attack. There are no casualties onboard the MV LADY JULIET and it is not confirmed if any of the attacking pirates were injured.