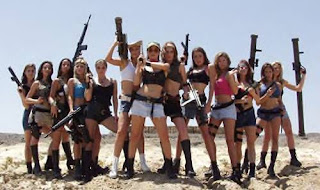 
More ship insurers are backing the use of private armed guards on merchant vessels at sea to combat Somali piracy as attacks and the resulting costs are set to rise in coming weeks, industry officials said on Tuesday.

Pirate attacks on oil tankers and other ships are costing the world economy billions of dollars a year and navies have struggled to combat the menace, especially in the vast Indian Ocean. Seaborne gangs are set to ramp up attacks in the area after the monsoon season ends.
*** 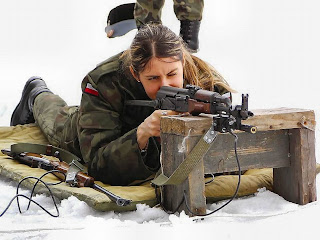 “Piracy is clogging the arteries of globalization,” said Emma Russell with underwriter Watkins, a member of the Lloyd’s of London insurance market. “No vessel with armed guards has yet been taken,” she added.

Industry delegates at the annual conference of the International Union of Maritime Insurance (IUMI) said there were more than 20,000 transits a year in the Gulf of Aden and the Indian Ocean.

Speakers at the conference said the hiring of private armed guards to accompany ships is increasingly seen as an effective deterrent against pirates and as a complement to overstretched navies, many of whom face budget cuts.

Ship owners and insurers have until recently been reluctant to accept the use of armed private contractors. They have hesitated partly due to legal liabilities and risks, including the problem of bringing weapons into some territorial waters and due to the fear of escalating violence.

The IUMI said the use of private guards should comply with the legislation of the flag state.
***
Industry group the Security Association for the Maritime Industry (SAMI), which has 58 members, is aiming to have the first companies complete an accreditation process by the second quarter of 2012, founding member Peter Cook said.

This will result in a list of audited security firms able to provide armed guards.

Cook said private firms would play an increasing role as navies face spending reviews, citing prospects of a 30 percent decline in the size of Western navies in the next 20 years. “They’re taking the policemen off the block,” he said.

Ship owner associations, meanwhile, have called on the United Nations to create an armed military force to be deployed on vessels to counter piracy and restrict the growth of unregulated private contractors.

Let's take a look at the ship owner suggestion of a UN force - it looks to me like nothing more than an effort to push this cost onto someone else's ledger. See here.

Looks to me like a place where private enterprise, supported by realistic shipping law, can handle this quite well. Well, except for those shipping and fishing companies too poor or cheap to provide security. In which case, they may be better off purchasing "protection" from the pirates themselves.