Midrats on BlogTalkRadion, Sunday, 5pm Eastern Episode 89 2049 China and All That: 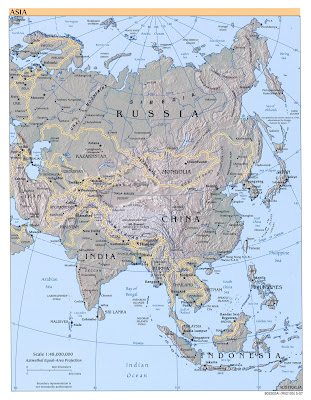 More and more the 21st Century looks to be not the American Century, not the Chinese Century - but a century that will be defined by how China and American grow to see each other from their side of the Pacific from each other from both a security and economic perspective.

Two linchpins will be how each nation decides to place their cards on the Taiwan question, and the growing aliance between China's neighbors who are uncomfortable with the dragon waking after a few centuries rest.

Join Sal from "CDR Salamander" and EagleOne from "EagleSpeak" as they discuss this for the full hour with one of the authors from The Project 2049 Institute's latest, Asian Alliances in the 21st Century.

Our guest will be Mark Stokes, the Executive Director of the Project 2049 Institute.

Previously, he was the founder and president of Quantum Pacific Enterprises, an international consulting firm, and vice president and Taiwan country manager for Raytheon International. He has served as executive vice president of Laifu Trading Company, a subsidiary of the Rehfeldt Group; a senior associate at the Center for Strategic and International Studies; and member of the Board of Governors of the American Chamber of Commerce in Taiwan. A 20-year U.S. Air Force veteran, Stokes also served as team chief and senior country director for the People’s Republic of China, Taiwan and Mongolia in the Office of the Assistant Secretary of Defense for International Security Affairs. He holds a B.A. from Texas A&M University, and graduate degrees in International Relations and Asian Studies from Boston University and the Naval Postgraduate School. He is a fluent Mandarin speaker.