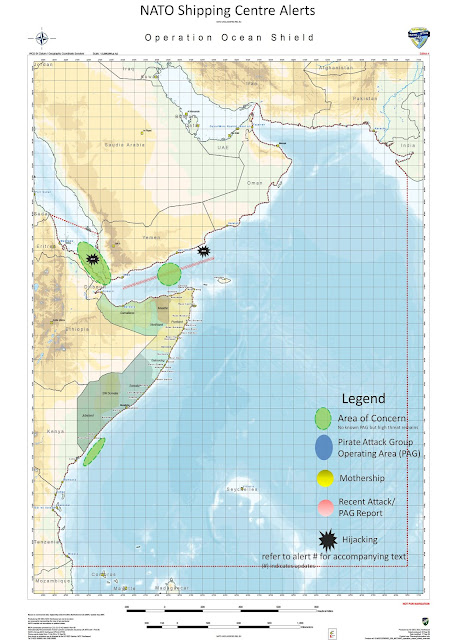 ***This vessel has been hijacked***


EUNAVFOR Operation Atalanta assets have today, 10 September, stopped and boarded a skiff thought to have been involved in an incident with the French Sailing Yacht (SY) TRIBAL KAT. One member of the crew from the yacht was found safe.

The SY TRIBAL KAT was located on 8 September, by the EU NAVFOR warship FGS BAYERN, who responded to a distress call from the yacht and located off the coast of Yemen. At that time and following an inspection of the yacht the crew could not be found. Today EU NAVFOR warship SPS GALICIA, with support from EU NAVFOR warship FS SURCOUF, located and trailed the skiff. SPS GALICIA then forced the skiff to stop. One of crew members was released safely and all of the suspect criminals were detained. The other crew member is believed to have been killed when the suspects boarded the yacht.

The skiff has subsequently sunk, however all persons, were safely recovered by a boarding team from SPS GALICIA. All are on board the SPS GALICIA while investigations continue to determine the facts of the incidents. During the operation the hostage was not wounded or injured all the suspect criminals were detained unharmed.


On 8 September, the FGS BAYERN responded to a distress call and located a yacht off the coast of Yemen.

An inspection of the yacht found no persons on board. The whereabouts of the crew is unknown at this time.