Reported in Taiwan as Taiwan bill introduced in US Congress - Taipei Times:

A major new bill to strengthen and enhance the Taiwan Relations Act (TRA) has been introduced to the US Congress by Representative Ileana Ros-Lehtinen, chairperson of the House of Representatives Foreign Relations Committee.
***
“This bill supports the sale of F-16C/Ds to Taiwan and endorses a wide range of defense exports to the island, and strengthens congressional oversight of defense transfers to Taiwan,” Ros-Lehtinen said.
***
“China must not be allowed to dictate US policy in the Pacific,” she added.
***
It has been introduced at a tense moment in US-Taiwan relations, with Obama nearing a self-imposed deadline of Oct. 1 to announce his decision on whether to sell Taipei 66 advanced F-16C/D jets.

There has been extensive speculation that he will bow to Chinese pressure and refuse to sell the fighters, choosing instead to update and refit Taiwan’s fleet of aging F-16A/B planes. However, if the new bill became law, it force Obama to make the sale.
*** 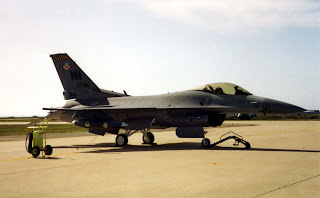 On the question of arms sales, the bill contains a long list of items that should be made available to Taiwan, including modern surface-to-air missiles, vertical and short take-off and landing aircraft, access to satellites for remote sensing and communication, submarines, anti-ship cruise missiles and enhanced senior-level training.

The bill also calls for an extensive review into whether Taiwan’s air defense forces retain the ability to effectively defend Taiwan “against China’s ballistic missile and air threats.”

Taiwan has sought new diesel electric submarines for some time. The G.W. Bush administration suggested purchases from a third party, such as the Netherlands (Taiwan already possesses 2 older Dutch designs) or Italy. Taiwan proposed building its own.

For more on the history of the Taiwan Relations Act, see below.

The hang up on foreign sales to Taiwan is the big mainland Chinese dragon, for example (referring to the stalled submarine acquisition):


Even if a locally-built submarine is more costly than one purchased from abroad, Taiwan has to build its own underwater fighting craft, because naval powers around the world refuse to sell them to Taiwan for fear they might offend the People's Republic.

For those of you unfamiliar with the China-Taiwan controversy, see here for a primer. Another excellent resource is this pdf, "China/Taiwan: Evolution of the “One China” Policy—Key Statements from Washington, Beijing, and Taipei" from the Congressional Research Service.

Here are the basics from that link:


After losing the civil war to Communist Chinese and fleeing to Taiwan in 1949, the nationalist Kuomintang (KMT) leaders of the Republic of China regarded the Communist Chinese government as illegitimate, claiming the mainland as rightfully their own. Beijing, in turn, regards Taiwan as a renegade province, and has tried repeatedly to persuade the island to negotiate a return to the fold.

Between 1949 and now there has been tension in the relation. In the U.S. there has been a long history of controversy over the Taiwan-China relationship. Google "Who lost China?" to get a flavor of it.

You might also take a look at this old article about the Quemoy and Matsu islands battles and controversy from the 1950's which spawned a U.S. commitment to defend Taiwan. The U.S. was very near war over these islands off the Chinese mainland.

The Mutual Defense Agreement with Taiwan was "withdrawn" in 1979. As the U.S. State Department sets out:


U.S.-TAIWAN RELATIONS
On January 1, 1979, the United States changed its diplomatic recognition from Taipei to Beijing. In the U.S.-P.R.C. Joint Communique that announced the change, the United States recognized the Government of the People's Republic of China as the sole legal government of China and acknowledged the Chinese position that there is but one China and Taiwan is part of China. The Joint Communique also stated that within this context the people of the United States will maintain cultural, commercial, and other unofficial relations with the people on Taiwan.

On April 10, 1979, President Carter signed into law the Taiwan Relations Act (TRA), which created domestic legal authority for the conduct of unofficial relations with Taiwan. U.S. commercial, cultural, and other interaction with the people on Taiwan is facilitated through the American Institute in Taiwan (AIT), a private nonprofit corporation. The Institute has its headquarters in the Washington, DC area and has offices in Taipei and Kaohsiung. It is authorized to issue visas, accept passport applications, and provide assistance to U.S. citizens in Taiwan. A counterpart organization, the Taipei Economic and Cultural Representative Office in the United States (TECRO), has been established by the Taiwan authorities. It has its headquarters in Taipei, the representative branch office in Washington, DC, and 12 other Taipei Economic and Cultural Offices (TECO) in the continental U.S. and Guam. The Taiwan Relations Act (TRA) continues to provide the legal basis for the unofficial relationship between the U.S. and Taiwan, and enshrines the U.S. commitment to assisting Taiwan maintain its defensive capability.

Following de-recognition, the United States terminated its Mutual Defense Treaty with Taiwan. However, the United States has continued the sale of appropriate defensive military equipment to Taiwan in accordance with the Taiwan Relations Act, which provides for such sales and which declares that peace and stability in the area are in U.S. interests. Sales of defensive military equipment are also consistent with the 1982 U.S.-P.R.C. Joint Communique.

The United States position on Taiwan is reflected in the Three Communiques and the Taiwan Relations Act (TRA). The U.S. insists on the peaceful resolution of cross-Strait differences and encourages dialogue to help advance such an outcome. The U.S. does not support Taiwan independence. President George W. Bush stated on December 9, 2003 that the United States is opposed to any attempt by either side to unilaterally alter the status quo in the Taiwan Strait. While the United States welcomes recent exchanges that enhance channels of communication between leaders in Beijing and Taipei, the United States urges Beijing and Taipei to further advance cross-Strait cooperation and dialogue, including direct discussions between the authorities in Beijing and elected leaders in Taipei.

So, any president of the U.S. is walking a fine line in relations with Taiwan. Our official policy is that Taiwan and China are one. Now, balance “China must not be allowed to dictate US policy in the Pacific" with that.