Some recent comments by the Chinese president seem to indicate an interest in instilling a bellicose attitude in the Chinese People's Liberation Army Navy:


A day before Chinese and US military officials started military talks in Beijing, Chinese President Hu Jintao told it's navy to accelerate modernisation and prepare for war.

Many observers believe that President Hu's blunt comments are in stark contradiction to his often repeated claims of China's "peaceful rise". 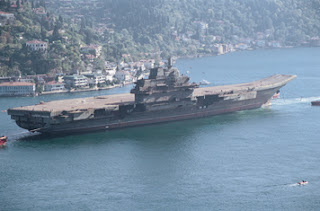 China has thus found a near justifiable way of modernizing its Defence Forces, particularly its Navy by emphasizing on the importance of non-traditional roles for its forces. The 2008 ‘White Paper on China’s National Defence’ enunciated for the first time that China now sees the Military Operations Other Than War (MOOTW) as an important form of applying military force. The PLA Navy has accordingly widened its scope of operations to include “…integrated offshore operations in distant waters …” The uninterrupted anti-Piracy patrols mounted by the PLA Navy ships since December 2008 in the Gulf of Aden and off Somali coast, wherein nine task Forces have been deployed till date for escort duties, is the most notable instance of MOOTW. 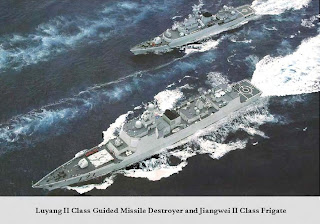 The PLA Navy hospital ship Peace Ark sailed for the Indian Ocean from China on 31 August 2010 on a 90 day ‘Mission Harmony-2010’. The ship operated in the Gulf of Aden for some time with the sixth task force and then called on ports in Djibouti, Kenya, Tanzania, Seychelles and Bangladesh. The ship’s medical teams provided free health services, diagnostics and treatment to the local public and military personnel. This achieved much more international mileage for China in spreading the message of ‘Peaceful Development’ than what mere words on White Papers and rhetorical statements from back home could do. 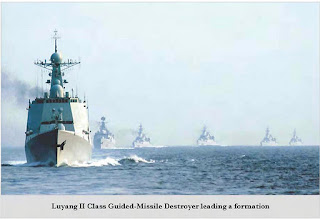 China having realized the immense benefit of presenting the benevolent facet of its Navy towards its larger image building exercise sailed the Peace Ark hospital ship again in September 2011 on a long voyage to the Latin American countries of Cuba, Jamaica, Trinidad and Tobago, and Costa. This ‘Mission Harmony 2011’ will keep the ship at sea for more than 100 days over a distance of 23,500 nautical miles. The PLA senior Officer in charge of the mission emphasized that “the mission was of great significance in publicizing the ideas of ‘Harmonious World’ and ‘Harmonious Ocean’, demonstrate China’s friendly relations between the Latin American countries, and highlight the PLA’s image as a peaceful and a civilized force. The words highlighted in the above statement need to be taken due note of by the international community.


In line with relevant UN resolutions, China dispatched naval ships to conduct escort operations in the Gulf of Aden and waters off Somalia on December 26, 2008. They are mainly charged with safeguarding the security of Chinese ships and personnel passing through the Gulf of Aden and Somali waters, and the security of ships delivering humanitarian supplies for the World Food Program and other international organizations, and shelter pass-by foreign vessels as much as possible. As of December 2010, the Chinese Navy has dispatched, in seven sorties, 18 ship deployments, 16 helicopters, and 490 Special Operation Force (SOF) soldiers on escort missions. Through accompanying escort, area patrol, and onboard escort, the Chinese Navy has provided protection for 3,139 ships sailing under Chinese and foreign flags, rescued 29 ships from pirate attacks, and recovered nine ships released from captivity. 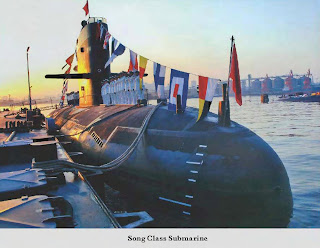 China takes a proactive and open attitude toward international escort cooperation. Chinese escort fleets have established mechanisms for regular intelligence exchange and sharing with relevant countries and organizations. It has exchanged 24 boarding visits of commanders with fleets from the EU, the multinational naval force, NATO, Russia, the ROK, the Netherlands and Japan. It has conducted joint escort operations with Russian fleets and joint maritime exercises with ROK escort ships, and exchanged officers for onboard observations with Dutch fleets. China has joined international regimes such as the UN liaison groups' meeting on Somali pirates, and the international conference on "intelligence sharing and conflict prevention" escort cooperation.

A classic negotiating ploy in dealing with weak-kneed opponents is to rattle the saber and put pressure on your opposition to make more concessions than they should. I don't think it speaks highly of the degree of respect held by the Chinese of the current administration that they choose to play their hand this way.
Posted by Mark Tempest at 12/08/2011 11:24:00 AM