How many Iranian threats to "close the Strait of Hormuz" does it take to make oil prices jump?? 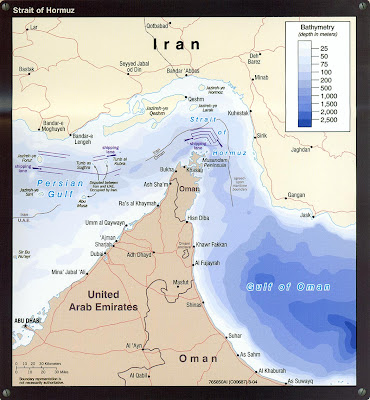 One, apparently, even if made by some obscure clown who was almost immediately slapped down for being a dolt, as reported in Strait of Hormuz Not Closed, Iran Foreign Ministry Says:


The Strait of Hormuz remains open to shipping, an Iranian Foreign Ministry spokesman said, after oil prices surged amid speculation that vessels might be blocked from using the strategic waterway.

The spokesman, Ramin Mehmanparast, said reports about the strait’s closure were untrue. Oil prices spiked by as much as 3.6 percent today in New York and London.

“These claims are sometimes made, but they are by people who have no role, no official title or authority,” Mehmanparast said by telephone from Tehran.

"No role, no official title or authority" - sounds like just the guy to quote to make oil prices jump a bit.

About 1/6 of the daily global consumption of oil travels through the Strait, but that's just because it's easier that way.

Closing the Strait would not mean the end of civilization as we know it and the rest of the world would adjust in a fairly short time.