An overview from the Naval History and Heritage Command at The Pearl Harbor Attack, 7 December 1941: 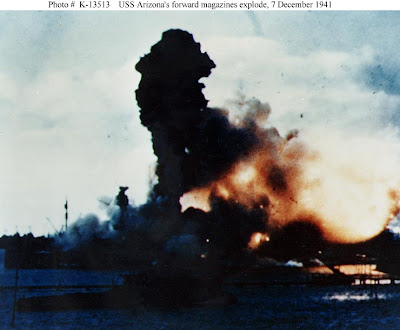 Nagumo's fleet assembled in the remote anchorage of Tankan Bay in the Kurile Islands and departed in strictest secrecy for Hawaii on 26 November 1941. The ships' route crossed the North Pacific and avoided normal shipping lanes. At dawn 7 December 1941, the Japanese task force had approached undetected to a point slightly more than 200 miles north of Oahu. At this time the U.S. carriers were not at Pearl Harbor. On 28 November, Admiral Kimmel sent USS Enterprise under Rear Admiral Willliam Halsey to deliver Marine Corps fighter planes to Wake Island. On 4 December Enterprise delivered the aircraft and on December 7 the task force was on its way back to Pearl Harbor. On 5 December, Admiral Kimmel sent the USS Lexington with a task force under Rear Admiral Newton to deliver 25 scout bombers to Midway Island. The last Pacific carrier, USS Saratoga, had left Pearl Harbor for upkeep and repairs on the West Coast.

At 6:00 a.m. on 7 December, the six Japanese carriers launched a first wave of 181 planes composed of torpedo bombers, dive bombers, horizontal bombers and fighters. Even as they winged south, some elements of U.S. forces on Oahu realized there was something different about this Sunday morning. 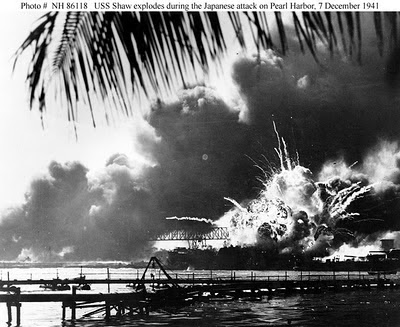 In the hours before dawn, U.S. Navy vessels spotted an unidentified submarine periscope near the entrance to Pearl Harbor. It was attacked and reported sunk by the destroyer USS Ward (DD-139) and a patrol plane. At 7:00 a.m., an alert operator of an Army radar station at Opana spotted the approaching first wave of the attack force. The officers to whom those reports were relayed did not consider them significant enough to take action. The report of the submarine sinking was handled routinely, and the radar sighting was passed off as an approaching group of American planes due to arrive that morning.

The Japanese aircrews achieved complete surprise when they hit American ships and military installations on Oahu shortly before 8:00 a.m. They attacked military airfields at the same time they hit the fleet anchored in Pearl Harbor. The Navy air bases at Ford Island and Kaneohe Bay, the Marine airfield at Ewa and the Army Air Corps fields at Bellows, Wheeler and Hickam were all bombed and strafed as other elements of the attacking force began their assaults on the ships moored in Pearl Harbor. The purpose of the simultaneous attacks was to destroy the American planes before they could rise to intercept the Japanese.

Much more at the link above.

Let me also recommend to you a recent article in the U.S. Naval Institute's Naval History magazine Pearl Harbor's Overlooked Answer by Jonathan Parshall and J. Michael Wenger (for those of you interested in this topic, Mr. Parshall is scheduled to be our guest on Midrats on Sunday, 11 December at 5 p.m.).

In many places around the country there will be ceremonies marking the 70th anniversary the attack. After a phone call this morning with a few bloggers, the Navy's Public Affairs Office sent out the following:
Pearl Harbor Events