• PMSC Professional Certification, including the recommendation that PMSC should seek certification with relevant national and international private maritime security service standards when these are established;

• PMSC Company requirements, including the recommendation that PMSC should establish procedures to provide maritime security services to ship owners and ship operators and comply with all relevant legal requirements;

• Management, including recommendations on selection, vetting and training of personnel for a PCASP team;

• Deployment considerations, addressing the specific aspects of PCASP deployment and the role of the PMSC in ensuring efficient and successful deployments, including communications with the ship owner or operator, and including recommendations relating to management of firearms and ammunition from embarkation to disembarkation and use of force. (The PMSC should recognize that laws governing the use of force may differ over time and according to location. The applicable national law, including any criminal laws, for an incident on a ship from which PCASP will be operating will be principally that of the flag State. It may also include the laws and regulations of coastal, port and other States.)

The MSC agreed that the International Organization for Standardization (ISO) would be best placed to develop international standards for PMSCs based on the IMO-developed guidance and with relevant IMO liaison and participation in the ISO process for standards’ development.

The MSC also agreed to consequential revisions to the interim guidance for shipowners, ship operators and shipmasters; flag States; and port and coastal States on the use of PCASP on board ships to counter Somali-based piracy, to reflect the new guidance to PMSCs.

The MSC also approved interim guidance for flag States on measures to prevent and mitigate Somalia-based piracy, which lists recommended practices that flag States are encouraged to apply, taking into account their own circumstances and subject to their national law, in order to maximize their efforts to implement counter-piracy measures.

The reason for all the fuss? As set out here, the issue is so many states with so many variations of law concerning weapons and the use of force by "non-governmental" persons: 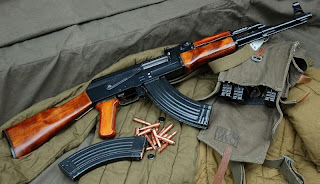 “The carriage of firearms on board merchant ships is a complex legal issue with Member States taking diverse positions. The Committee has determined that the carriage of armed personnel is a matter for flag States to authorize, however it has also accepted that their carriage has legal implications for coastal and port States, particularly with respect to the carriage, embarkation and disembarkation of firearms and security equipment in areas under the jurisdiction of such port or coastal States.”

Meanwhile, the pirates, unencumbered by the UN/IMO and its processes, continue their operations without much concern for flag states, coastal and port states.