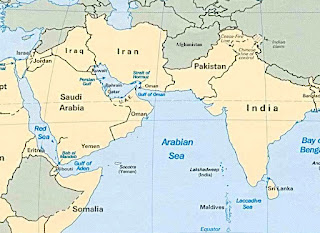 
Privately armed patrol boats aimed at deterring Somali pirates could be up and running by as early as next month, after a prominent insurance firm agreed to provide financial support.

Following the successful introduction of armed guards aboard several merchant ships plying the waters of the Gulf of Eden and the East African coast, Martin Reith, the founder and former chief executive of the Lloyd’s of London insurer Ascot Underwriting, has taken the protection business one stage further with his plans for a Convoy Escort Programme, which will complement the overstretched naval forces in the region.

The investors are hoping that once the funding is in place, they will buy around seven secondhand naval patrol vessels; the money will also help to finance the armed security guards that will be on board.

Not a new idea and even the first effort of implementing the idea (remember Blackwater's anti-pirate escort? - well, there are several agencies offering private escort vessels already).

There are a lot of questions floating about -exactly where these forces will operate? Under what laws? To whom will their "force" be accountable? Some of these issues are touched on in the book Maritime Private Security: Market responses to piracy, terrorism and waterborne security risks in the 21st century", edited by Patrick Cullen and Claude Berube and in a whole bunch of posts on this blog.

More from the article:


“This is not a navy,” he said. “What we’re trying to be is a deterrent force. Prevention is within our reach.”

The backers of the idea have stressed that it complies with maritime law. They say it will observe the International Maritime Organisation conventions, such as the Safety of Life at Sea treaty.

The more the merrier and it is timely, I suppose, now that the Royal Navy has announced it is now too small to be able to play in the Somali anti-piracy business on a full time basis - see Cuts force Royal Navy to drop Somalia piracy patrol:


The UK has had to scale back its commitment to counter-piracy because the Royal Navy no longer has enough warships to dedicate one to Somalia all year round.

While the US, France, Italy, Denmark and other nations still send frigates to thwart criminals who cause havoc with international trade, the Guardian has learned that Britain has quietly withdrawn its ships from these patrols, even though David Cameron has made Somalia's piracy problem a foreign policy priority.

Maybe the Brits can still afford to rent a maritime patrol aircraft to send, like Luxembourg and lend "top cover" to the private forces in the Gulf of Aden.
Posted by Mark Tempest at 5/12/2012 12:30:00 PM