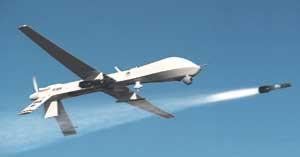 NYTimes reports Militant Tied to Bombing of U.S.S. Cole Said to Be Killed:


A senior Qaeda militant in Yemen linked to the deadly bombing of an American warship there in 2000 was killed in an airstrike on Sunday, the Yemeni government said, in the latest sign of an escalating American campaign to counter the terrorist threat there.

He will be missed by others who are now being targeted.

As always with such scum, we sing a little song: