Remember the hoopla about the "Green Fleet" and the alleged need to ween the Navy from a dependence on foreign oil (see Baloney at the Navy Top: "We use too much fossil fuel", An Unimportant Navy News Release, Background: "Biofuels of No Benefit to Military" says Rand. Navy rejects report., More Defense Money Baloney: "New Biofuels "Market" to Reduce Foreign Oil Dependence", Algae Fuel "Investment" Baloney).

Well, it seems various members of Congress are not as enamored with this sort of expensive "forward" "change" enough to believe in it and have, so far cut off its funding, as set out in Noah Schactman's Danger Room piece,
Senate Panel Cuts Off Navy's Biofuel Buys:


The Navy’s ambitious renewable-energy plans aren’t sunk quite yet. But they took a major hit Thursday, when the Senate Armed Services Committee voted to all-but-ban the military from buying alternative fuels.

The House Armed Services Committee passed a similar measure earlier this month. But the House is controlled by Republicans, who are generally skeptical of alternative energy efforts. Democrats are in charge of the Senate Armed Services Committee. And if anything, the Senate’s alt-fuel prohibition goes even further than the House’s. If it becomes law, if would not only sink the Navy’s attempt to sail a “Great Green Fleet,” powered largely by biofuels. It would also sabotage a half-billion-dollar program to shore up a tottering biofuels industry.

Tottering? You bet, because it makes no rational economic sense and they can't find any "greater fools" to toss money to the wind - except for, you know, the well-meaning U.S. Government spending your tax dollars to try to create a market where one does not exist at the prices this algae fuel demands.

Hey, the screwed up nature of this mess is evident to nearly everyone. See Congress torpedoes Navy, Pentagon agrofuel plans:


Both houses have approved legislation that blocks the Navy from buying agrofuels — petroleum substitutes derived from plants, typically grown on industrial Third World plantations — unless they cost no more than conventional fuels.

Their action also bars the Pentagon from funding agrofuel refineries, a major blow to the Obama administration embrace of plant-based fuels, driven largely by Energy Secretary Steve Chu.
***
Just how important is the Pentagon’s agrofuel agenda? Swell, consider one simple fact: The world’s largest single consumer of oil is the U.S. military.
***
What might the impact of the Congressional action be?

Consider the case of Amyris, the local company started by Chu protégé and former employee Jay Keasling with the help of some Bill Gates money. 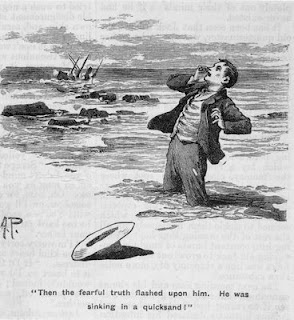 Amyris hopes to make synfuel with the help of genetically engineered microbes, but the diesel fuel they’ve churned out costs a whopping $29 a gallon, no sale under the pending legislation.

If the measure makes it into law, we can expect a major shakeup in the already rickety agrofuel industry.

Amyris stock in the tank, as Mr. Brenneman notes in his post.

Because its number don't add up.

Might as well just throw dollars into a pond full of scum.

Timely action by Congress on this one.