A Golden Oldie from 2007: "Half of all children are below average in intelligence"" 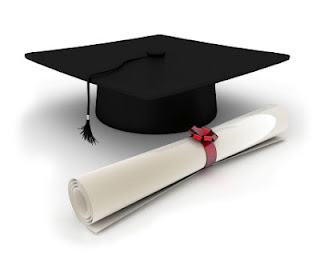 From January 2007, a politically incorrect reminder in this election cycle about the money we pour into our public schools, prompted by this post from the Instapundit
My father-in-law used to say that 50% of all doctors finished in the lower half of their class. Now, good old Charles Murray, still "truthing" after all these years, points out a problem with demanding too much of our educational system here:


Education is becoming the preferred method for diagnosing and attacking a wide range problems in American life. The No Child Left Behind Act is one prominent example. Another is the recent volley of articles that blame rising income inequality on the increasing economic premium for advanced education. Crime, drugs, extramarital births, unemployment--you name the problem, and I will show you a stack of claims that education is to blame, or at least implicated.

One word is missing from these discussions: intelligence. Hardly anyone will admit it, but education's role in causing or solving any problem cannot be evaluated without considering the underlying intellectual ability of the people being educated. Today and over the next two days, I will put the case for three simple truths about the mediating role of intelligence that should bear on the way we think about education and the nation's future.

Today's simple truth: Half of all children are below average in intelligence. We do not live in Lake Wobegon.

You can do a lot of things with education, but improving innate abilities is not one of those things:


Now take the girl sitting across the aisle who is getting an F. She is at the 20th percentile of intelligence, which means she has an IQ of 88. If the grading is honest, it may not be possible to do more than give her an E for effort. Even if she is taught to read every bit as well as her intelligence permits, she still will be able to comprehend only simple written material. It is a good thing that she becomes functionally literate, and it will have an effect on the range of jobs she can hold. But still she will be confined to jobs that require minimal reading skills. She is just not smart enough to do more than that.

Oh my! It's a good thing that the lower 20% can't read the Wall Street Journal because they might get offended.


Update: This is not the fault of teachers or the public schools. But with so many of the upper 50% of the intelligence percentile being sent to private schools or even home schooled, the make up of the remainder of the population pool that the public school teachers are swimming in means that many of them are working against a strong current.

Email ThisBlogThis!Share to TwitterShare to FacebookShare to Pinterest
Labels: Education