Iran Fights Pirates -- Better than Anyone Else! Ever! ... Yeah, that's it


Lieutenant Commander of the Iranian Navy Rear Admiral Seyed Mahmoud Moussavi said that the Iranian vessels were attacked twice by a total number of 50 Somali pirate speedboats 15 and 26 miles Northwest of the Bab-el-Mandeb Strait.

Moussavi stated that the Iranian naval forces' swift action and their heavy fire forced the pirates to flee the scene.

UPDATE: Well, perhaps it was even more:


Iran's Navy Deputy Commander Rear Admiral Mahmoud Mousavi said Saturday that the two vessels were attacked by 30-50 pirate speedboats respectively at 15 and 26 miles northwest of the Bab al-Mandeb Strait. The pirates fled after Iran's Navy took swift action and opened heavy fire on them, he added.


Mousavi added that the vessels were carrying millions of dollars worth of goods.

Bring back the Weekly World News. You know, with news you can rely on: 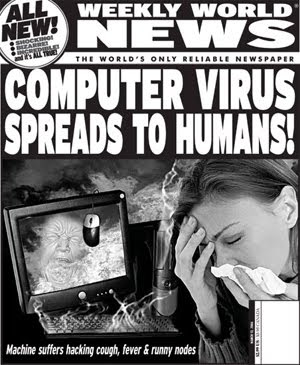