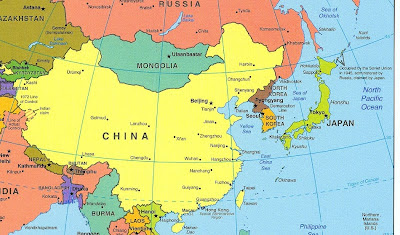 Interesting research about China's demographics reported by Yong Cai of the University of North Carolina Department of Sociology in its 2012 Newsletter (pdf) :


Cai’s research reveals that fertility decline in China since the implementation of the one-child policy is driven more by other factors than by the government’s restrictive policy. In a paper published in Population and Development Review, Cai uses a quasi-experimental design to demonstrate the importance of structural changes brought by socioeconomic development and of ideational shifts accompanying the new wave of globalization in China’s transition to below-replacement fertility. He argues that China’s fertility transition is more similar to international experience than what has thought previously. In his fieldwork, he observes that young couples in China nowadays re-strict their childbearing out of economic concerns, as couples elsewhere do.
***
Because most of China’s fertility decline occurred prior to the one-child policy, and fertility decline also happens in countries without a forceful and costly policy as China’s one-child policy, the Chinese government’s euphonic claim simply cannot be substantiated. For the same reason, China’s one-child policy should not be taken as a model for the world’s environmental preservation and a response to climate change. China’s CO2 emission has increased by 50 percent in the past decade. The rising energy usage and pollution level in China is driven mostly by its economic development model and by changes in consumption pattern, not by population growth.
***
China faces prolonged demographic challenge resulting from very low fertility. Cai’s research confirms that China’s fertility level has been at around 1.5 children per woman for the past decade, among the lowest in the world. Such a level resembles that in Italy, Japan, and Russia where population decline has already begun. The rippling effects of low fertility are increasingly vis-ible everywhere in China today. In 1995, Chinese elementary schools enrolled 25.3 million new students. In 2010, that number shrunk by one-third, to only 16.9 million. Between 1995 and 2010, 60 percent of Chinese elementary schools were closed down as a result of declining birth numbers and school reorganizations. Between 2010, and 2020, the number of young Chinese in the labor force aged 20 to 24 will be reduced by nearly half. Chinese elderly aged 60 and older, in contrast, will increase from 180 million now to 240 million in 2020, and over 340 million by 2030, accounting for 30 percent of the total population.
***
China’s one-child policy, unprecedented in human history, has affected the lives of a billion people, and changed the face and fate of a nation. Continuing the birth control policy will not only add unnecessary burdens to Chinese families, but also exacerbate China’s and the world’s demographic future, such as the dangerously high sex ratio, rapid aging, and rising inequality.