A Chinese naval vessel tried to force a U.S. guided missile warship to stop in international waters recently, causing a tense military standoff in the latest case of Chinese maritime harassment, according to defense officials.

The guided missile cruiser USS Cowpens, which recently took part in disaster relief operations in the Philippines, was confronted by Chinese warships in the South China Sea near Beijing’s new aircraft carrier Liaoning, according to officials familiar with the incident.

“On December 5th, while lawfully operating in international waters in the South China Sea, USS Cowpens and a PLA Navy vessel had an encounter that required maneuvering to avoid a collision,” a Navy official said. 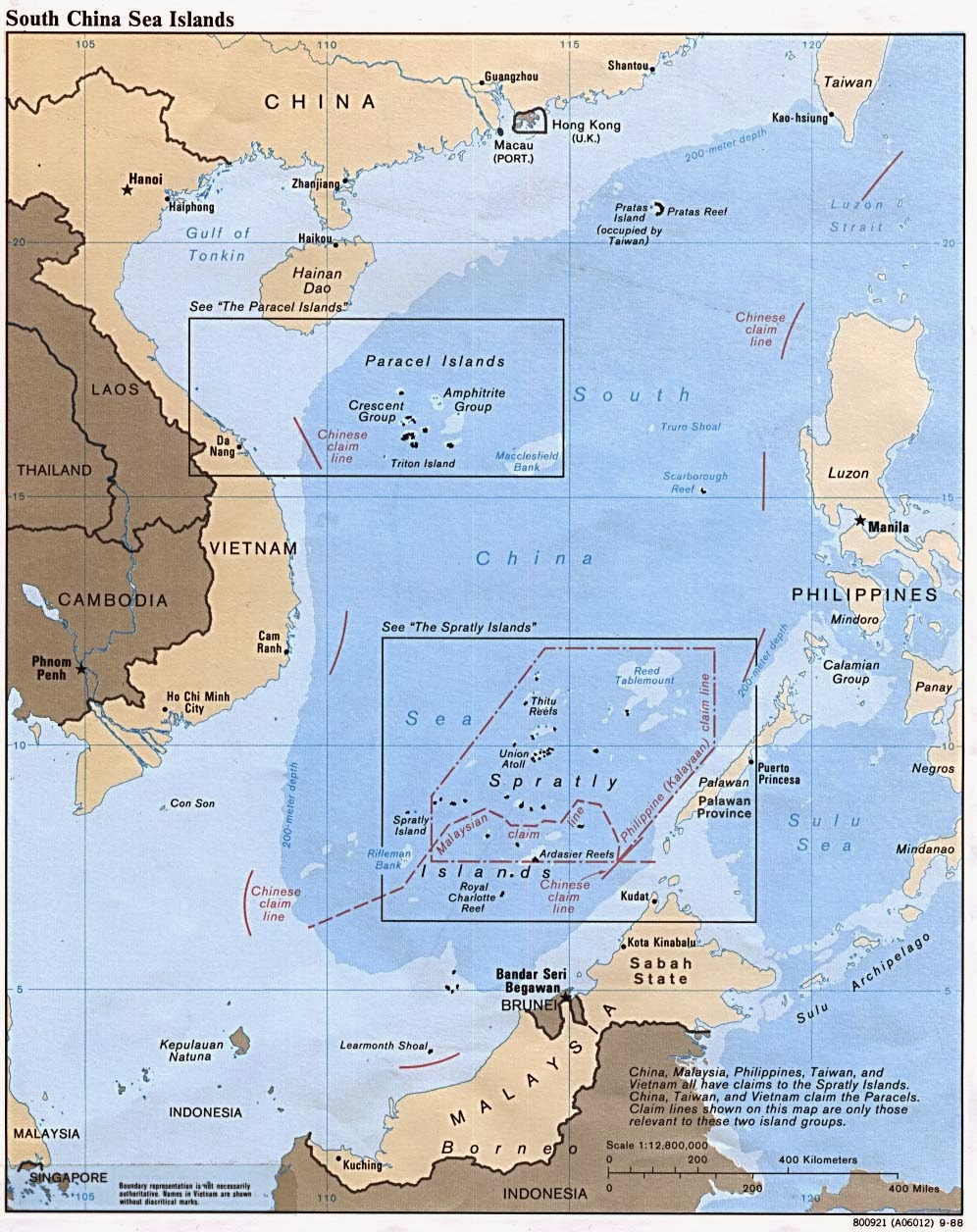 “This incident underscores the need to ensure the highest standards of professional seamanship, including communications between vessels, to mitigate the risk of an unintended incident or mishap.”
***
The encounter appears to be part of a pattern of Chinese political signaling that it will not accept the presence of American military power in its East Asian theater of influence, Fisher said.

“China has spent the last 20 years building up its Navy and now feels that it can use it to obtain its political objectives,” he said.

Fisher said that since early 2012 China has gone on the offensive in both the South China and East China Seas.

China has made major claims to the South China Sea and this is one way to fight back.

Oh, if you are surprised by these antics, you may have missed China Kindly Sends Its "Slightly Used" Aircraft Carrier on Training Mission for U.S. Submarines in South China Sea.

Expect more of the same as the wanna-be "Bullies of the South China Sea" get push back from their neighbors and their neighbor's friends.