In concept, execution, and ability to effectively provide its part of the national defense infrastructure, has a separate Air Force served this nation well, and does it make sense to keep it a separate service? 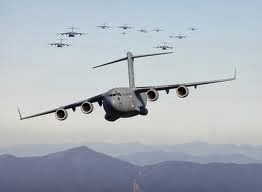 separate US Air Force is over, and it has failed. Though we need airpower, we don't need a separate service to provide it.

With us for the full hour will be Professor Robert M. Farley, PhD, author of the book being released 11 March, Grounded: The Case for Abolishing the United States Air Force.

Rob teaches defense and security courses at the Patterson School of Diplomacy at the University of Kentucky. He blogs at InformationDissemination and LawyersGunsAndMoney.