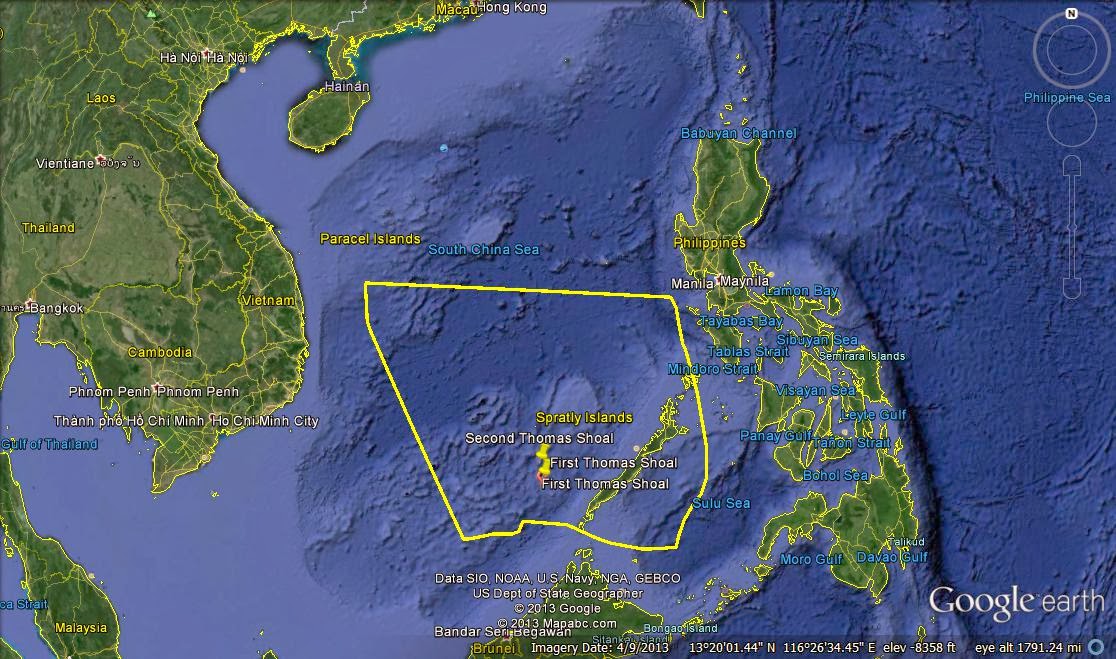 China keeps throwing its weight around in the South China Sea, bullying smaller countries and, according to the U.S., acting in violation of various "stand-still" agreements pending legal resolution of ownership of disputed islands. Most of the current situation is set out in US hits ‘provocative’ China move on Philippine ships :


The United States on Wednesday accused China of raising tensions by blocking two Philippine vessels as it urged freedom of navigation in the tense South China Sea (West Philippine Sea).

The United States, a treaty-bound ally of Manila, said it was “troubled” by Sunday’s incident in which China prevented movement of two ships contracted by the Philippine Navy to deliver supplies and troops to the disputed Second Thomas Shoal.

“This is a provocative move that raises tensions. Pending resolution of competing claims in the South China Sea, there should be no interference with the efforts of claimants to maintain the status quo,” State Department spokeswoman Jen Psaki said.

The Philippine government has taken to the air to resupply its forces, as set out in "Manila air-drops supplies to troops on disputed South China Sea reef": 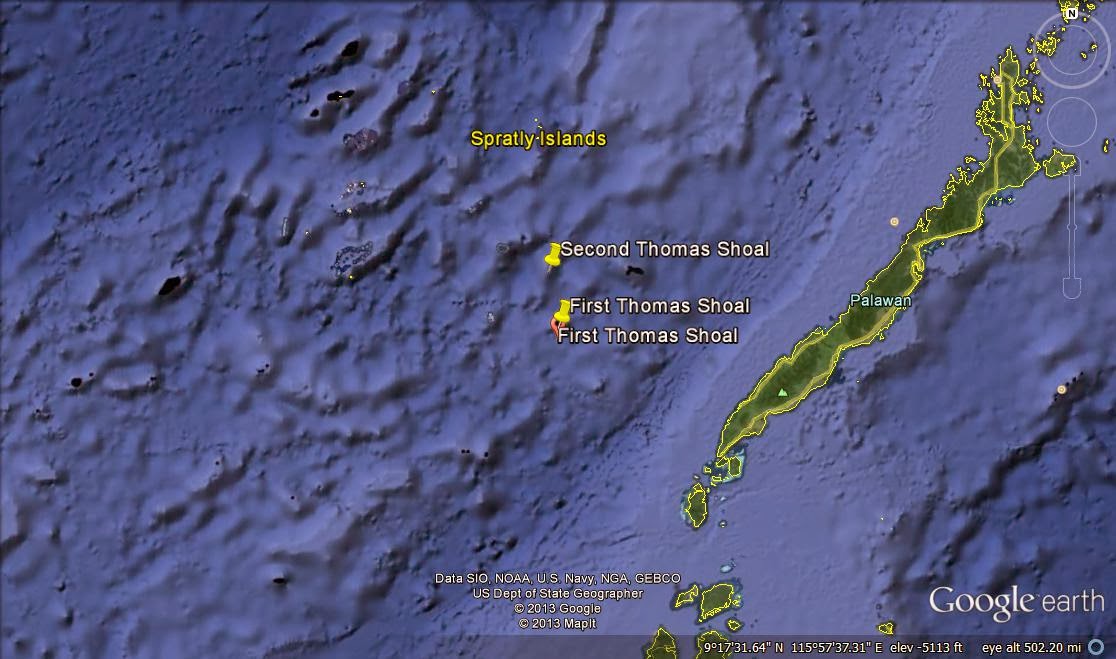 Beijing claims Manila is trying to start construction on the disputed reef after it ran aground an old transport ship in 1999 to mark its territory and stationed marines on the ship. Manila claims the Shoal is part of the Philippine's continental shelf.

"We only intend to improve the conditions there, we have no plans to expand or build permanent structures on the shoal," said a Philippines navy official, who declined to be identified because he was not authorized to speak to the press.

"On Monday, we sent a navy Islander plane to drop food and water, but it will only last a few days. We really have to send back the civilian boats. Since last year, we've been resupplying our troops using civilian ships to avoid confrontation and this was the first time China blocked them."

Both sides are exchanging "strongly worded notes" and pointing fingers.

So far as is known, however, the Philippines has not blocked resupply efforts to any Chinese troops enjoying their tours on the various small reefs in dispute.

Why all the fuss? As noted here:


The Second Thomas Shoal, a strategic gateway to Reed Bank, believed to be rich in oil and natural gas, is one of several possible maritime flashpoints that could prompt the United States to intervene in defense of Asian allies troubled by increasingly assertive Chinese maritime claims.

Of note from the same Reuters article:


Ernest Bower of the Center for Strategic and International Studies think tank said new pressure on Manila could be due to China's perception that the United States has shown weakness in dealing with crises in Syria and Ukraine and will be similarly lacking in resolve in Asia - in spite of its declared policy "pivot" to the region.

An interesting look at the situation in 2013 at Aksharadhool.

And a map of interest concerning potential offshore oil and gas fields (from here): 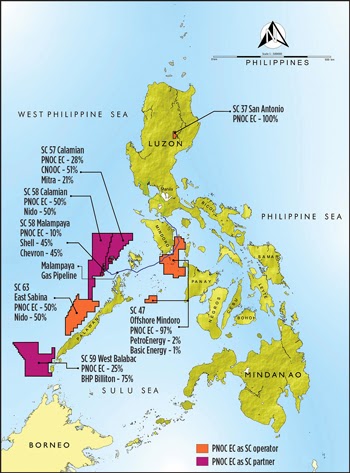