Things to Worry About: China and the Buying of Resources 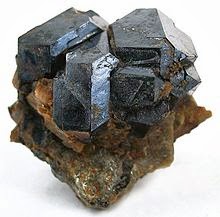 In the world of free trade, there are some interesting trends as set out in this interview from Mining.com: Jeb Handwerger: China isn't slowing down, it's buying up (resources, that is:


This is really all about natural resources and the ability to control the trade. There's a whole list of 10 to 15 strategic minerals that come from China almost exclusively. Russia, on the other hand, has a major control on palladium, platinum group metals and nickel, as well some of the agricultural fertilizers, such as potash. Russia also has a critical supply of uranium; it produces about 3,000 tons of uranium, close to double United States production of uranium. Not only that, but Russia has strategic ties with Kazakhstan, which produces close to 20,000 tons of uranium—over 36% of global supply.

I've written for years that these metals and these materials are at risk of critical supply shortfall. It's even more the case now as these tensions increase. There is greater risk of China or Russia turning off the natural gas pipelines or cutting exports of the rare earths and graphite.

Their control of these critical metals is going to force the West, the European Union and the U.S. to develop their own strategic, secure supplies of these materials needed for the critical technologies.

We're already beginning to see that take place. Many junior miners have made strategic advancements with some jurisdictions in the rare earth sector.
***
China is going to have to go abroad to support its expanding economy with natural resources over the long term.
***
While the media dazzles us with a Chinese slowdown, China's buying up North American energy resources and precious metals during this pullback. One of the areas that has benefited the most from this ongoing trend has been Western Canada, most notably Alberta. It may be one of the best economies in the world right now. Hundreds of billions of investment dollars are earmarked for this region to build liquefied natural gas (LNG) facilities and major pipelines to transport petroleum to the growing economies in Asia.

So, if a country is importing natural resources from abroad, it is forced to use the sea to carry the resources on ships and on sea lines of communication.

One of the reasons to build up a navy is to protect those sea lines. Ah, but protect them from whom? Why, of course, anyone that might threaten them to force behavior changes by your government.

If you catch my drift. 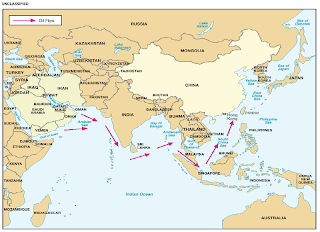 And, so long as China is the topic, you might go to the U.S. Naval War College's China Maritime Studies page and download some research papers. The latest covers China's Near Sea Combat Capabilities.