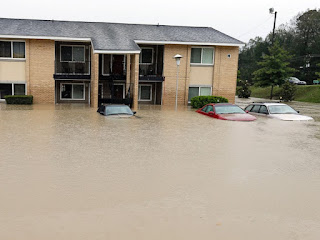 This a short post - but there is a need to repeat the advice often given here - "Have a plan and an Emergency Kit." That kit should include at least 3 days food and water for every family member (yes, and for your pets, too). Really, what you are planning for doesn't make all that much difference, so long as you focus on the essentials like food and water. Especially adequate amounts of clean drinking water.

We have just seen the enormous damage wrought by incredible rain fall in parts of North Carolina and especially in South Carolina and there are Health concerns abound in aftermath of flooding:


People served by the City of Columbia's water system - 375,000 in all - have been advised for several days to boil all water before drinking or cooking with it due to pipeline ruptures throughout the system. This process can kill most disease-causing microorganisms that may be present in the water. Using regular, unscented bleach can also decontaminate the water if boiling isn't an option.

Drinking infected water can cause illness similar to food poisoning, with symptoms like nausea, diarrhea, cramps and mild fever, according to the Centers for Disease Control and Prevention. As with any illness, health officials advise that staying hydrated - by drinking clean, disinfected water - is the best remedy. 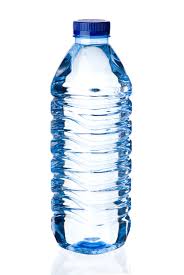 Your earliest, very best source for that clean water is from the supply you've kept on hand for just such an emergency. But there is more -see Disaster Prep Wednesday: Water, Water, Water which contains these ideas:


3. Make sure you have some chlorine bleach in your disaster kit for water purification. It only takes a few drops per gallon, so you can keep several small containers around.
4. You might want to invest in a simple (but not cheap) camping water treatment kit. REI has a good guide on How to Choose a Water Filter.

Now, the point is that many of the affected people in South Carolina had no expectation that things might go totally FUBAR as the result of a rain storm. They might have expected something from the hurricane that drifted by, but most of that would have whacked the coast. Whereas much of the flooding bad news is in the center of the state - on rivers and places where dams have failed. All of which makes the point - one the Boys Scout have long made - "Be Prepared"

You never know what might happen exactly, but you can be assured something will happen. AND real help won't be there for a few days. You can count on that.

Have a plan, have a kit.