Whether Putin Is Playing Chess or Checkers, He Seems to be One Jump Ahead of Obama 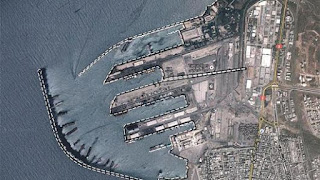 Well, there was this:

Then White House Spokesman: Putin is Playing Checkers, Not Chess:


White House spokesperson Josh Earnest said Monday that Russian President Vladimir Putin was playing checkers, not chess, the latest in a series of attempts to paint Putin as weak.
***
“One could look at that and say the Russians could be playing for time and tilting the chess board toward their guy. Does the White House walk away thinking that right now, or is the jury still out on whether Putin is following through on this agreement?” she asked.

Earnest was quick to debunk the claim that Putin was a chess player.

“There is one premise of your question that I would disagree with. I don’t think President Putin is playing chess—he is playing checkers,” he said.

What does Russia want out of the Syria mess? I 've said it before that it is the warm water port on the Mediterranean but others have said it, too - see What’s at stake for Russia in Syria:


Connelly said that although Tartus may not be significant militarily, it represents a last vestige of Russian influence in the region.

"It is... of symbolic importance. It marks Syria as one of the few countries in the region with which Russia continues to enjoy warm relations," he said.

The U.S. meanwhile has effectively withdrawn from Syria,leaving the bilateral relationship in shambles. In a research note late on Monday, the International Crisis Group suggested diplomatic efforts might prove more successful. It advised developing a "realistic compromise political offer" and reaching out to both Russia and Iran, "rather than investing in a prolonged conflicted that has a seemingly bottomless capacity to escalate."

and  The Link Between Putin’s Military Campaigns in Syria and Ukraine:


Ports, and especially warm-water ports, have long played an important role in Russian foreign policy.
***
Tartus lies on Syria’s western coast and has had a Russian naval presence since 1971. At the time, the Soviet Union was Syria’s primary arms supplier and used the deep-water port as a destination for shipments of Soviet weapons. Russia managed to maintain access to Tartus after the fall of the U.S.S.R. due in part to a deal that wrote off Syrian debts to the Soviet Union. The Russian naval base itself is reportedly less than impressive—it lacks large-scale repair facilities and a command-and-control capability, which would allow Russia to oversee operations from Tartus—but it is able to accommodate all Russian naval vessels except for the Admiral Kuznetsov aircraft carrier, and offers a means of offloading arms and personnel.
***
The base in Tartus may be less valuable than its counterpart in Sevastopol, but the location of the former matters. As the sole Russian naval base beyond the Bosporus—which is controlled by Turkey, a NATO member—Tartus helps establish Russia’s presence in the Mediterranean. “A big part of their continued interest in Syria and in [Syrian President Bashar] Assad has to do with” the Tartus base, Mankoff said. “I think Russia does have a bigger geopolitical view of the world, regards the eastern Mediterranean as an area of importance, and wants to be sure that it can secure its interests there.” According to General Philip Breedlove, NATO’s top commander, Tartus may also be part of a Russian effort to establish an anti-access/area denial (A2/AD) bubble over Syria, designed to prevent NATO forces from taking offensive action against Russia and its allies in the region. As Vice Admiral Viktor Chirkov, the commander in chief of the Russian Navy, succinctly put it, “This base is essential to us.”